'Not too late' for Razgatlioglu MotoGP move - Yamaha boss

Yamaha World Superbike team boss Paul Denning is adamant that it’s not too late for his lead rider Toprak Razgatlioglu to make the move to MotoGP in future.

Razgatlioglu joined Yamaha from Kawasaki last year, and has emerged as a genuine title contender in the opening part of his second season with the Japanese marque.

The Turkish rider has strung together six consecutive podium finishes across the two most recent rounds at Estoril and Misano, scoring his first win of the year at the latter track to put himself within 20 points of series leader and six-time champion Jonathan Rea.

And Denning – whose Crescent Racing outfit operates Yamaha’s works WSBK team –  believes the opportunity still exists for Razgatlioglu to make the jump from WSBK to MotoGP, if those in the grand prix paddock can be convinced to hire a rider in his mid-20s.

In an interview conducted prior to Maverick Vinales' shock decision to end his Yamaha MotoGP contract one year early, Denning told Motorsport.com: “For me age is not really [important]. A guy like Toprak, who will be 25 at the end of this year, is it too late for him to go to MotoGP?

"From a physical, mental, talent point of view, absolutely not. From a number point of view… [some people may think] ‘he’s 27 in two years…’ there seems to be this fixation on age [within the MotoGP paddock].

"We have young riders but also talented and experienced riders like Jonathan and Chaz [Davies], who clearly have the aggression and the speed. It’s important not to be fixed on the idea that a rider has to be young to do the job." 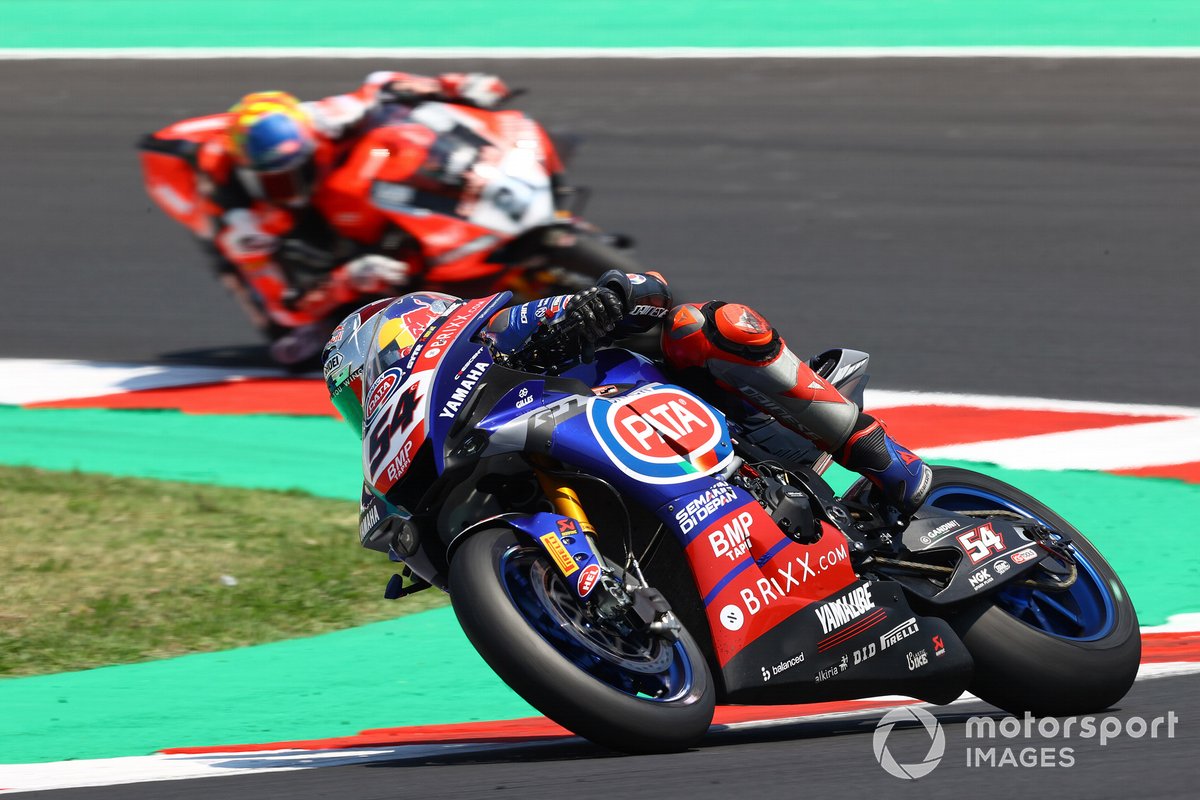 Denning added that Razgatlioglu has become a “completely different” rider in his second year of riding for Yamaha in WSBK in terms of the work he is doing behind the scenes.

“There is a measurable difference in his approach and professionalism [compared to 2020],” he said. "His training and preparation are better, he’s working with the team like a full professional now. The step is quite big.

“The talent is the same, but he’s now doing more of the things that someone like Jonathan [Rea] is doing in the background to become a champion.”

While Denning said Yamaha would not stand in the way of Razgatlioglu should he wish to transition to MotoGP, he added he doubts anything other than a guarantee of a winning bike would be of interest to his rider.

“Knowing Toprak, his motivation is to win,” said Denning. “I can’t speak for him, but I believe he would much prefer to win the WSBK championship compared to doing a fantastic job in MotoGP but on a manufacturer where his potential is P6.”

Rinaldi: Locatelli 'has no respect' Rinaldi on Locatelli incident: "Some riders don't give a f***"