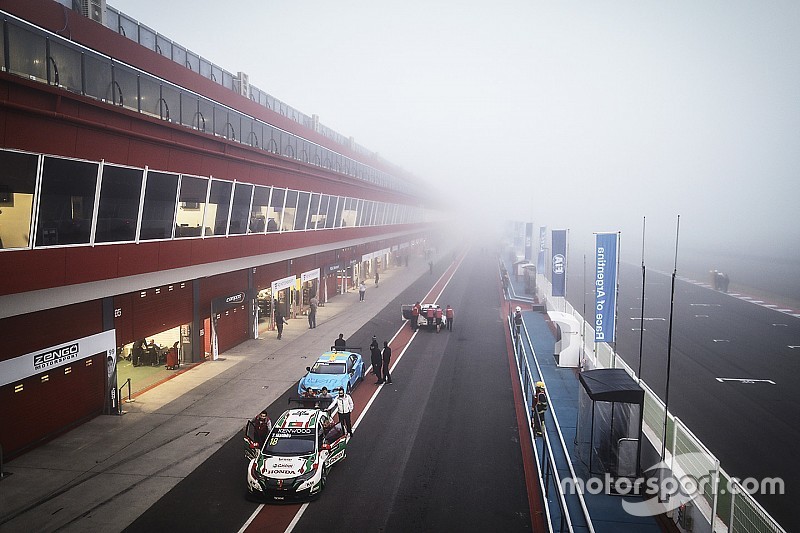 Honda driver Norbert Michelisz led the first WTCC practice in Argentina, which was initially delayed by an hour and later shortened due to heavy fog.

The session had started 45 minutes behind schedule due to visibility issues, which were not only dangerous for the cars going out on track, but also meant the medical evacuation helicopter was effectively grounded.

When the session finally began, the first benchmark was quickly set by Munnich Motorsport’s Rob Huff with a time of 1:46.066 in his Citroen, before the session was immediately red flagged when the Zengo Motorsport Honda of Zsolt Szabo stopped out on circuit, with the 21-year-old’s WTCC debut lasting less than a lap of the practice session.

When the Hungarian’s car was recovered, the session began 10 minutes later, with Michelisz quickly taking over at the top of the time sheets, leading Honda teammate Tiago Monteiro.

The session was then red-flagged as conditions worsened, with the drivers complaining of poor visibility. This left Michelisz on top of the timesheets with just 17 minutes of the originally scheduled 45 having taken place.

Michelisz was just under half a second clear of Honda teammate Monteiro, with the Polestar Volvo of Nicky Catsburg third fastest in his S60 TC1.

“I was looking forward to drive this morning, but we’ve only had a few laps because of the fog,” said pace-setter Michelisz. “At the beginning it was OK, but then at the end we couldn’t even see further than 50-60 metres ahead, so [red-flagging] I think it was the right thing to do.”

The best-placed of the independent runners was Mehdi Bennani in fourth overall in his Sebastien Loeb Racing Citroen, leading the other two Volvos of Nestor Girolami and Thed Bjork.

Rob Huff ended the session seventh fastest, ahead of the Honda Civic of Ryo Michigami, with the Citroen of Tom Chilton and the ROAL Motorsport Chevrolet of Tom Coronel completing the top 10.

Analysis: Was the WTCC's joker lap experiment a success?