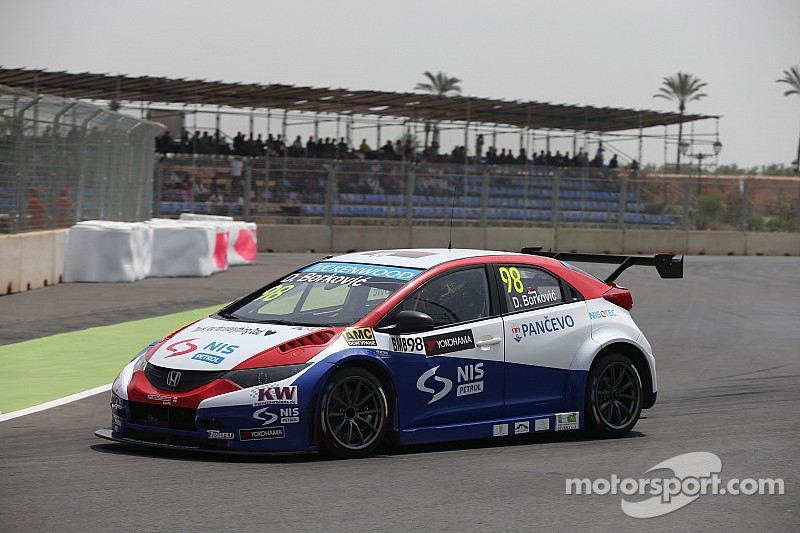 Dusan Borkovic has announced his withdrawal from the World Touring Car Championship weekend. in Marrakech.

Borkovic's manager confirmed the principal reason for the withdrawal is concern for his safety, due to ongoing technical issues with the Honda Civic.

Borkovic is not sitting comfortably and the car still has 2014 specification parts and isn't running at the current configuration as used by the factory team and by Zengo Motorsport.

The Proteam Racing driver was supposed to have started tenth on the grid in the first race today.

The 30-year-old's father also recently passed away suddenly, and he admits this also has influenced the decision in part.