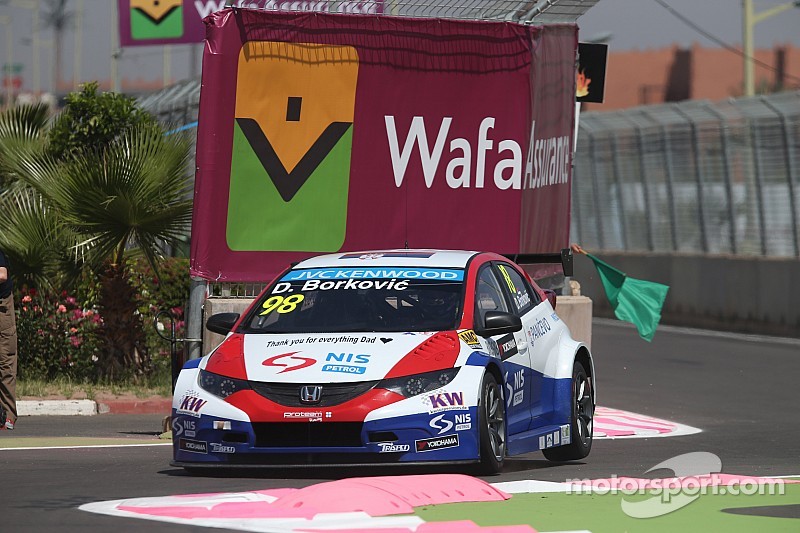 Dusan Borkovic will not take part in the remainder of the WTCC season, following a argument with Proteam Racing over modifications that have failed to cater for the Serb's height.

Borkovic switched from driving a modified Chevrolet Cruze for Campos Racing to the smaller Honda Civic used by Mehdi Bennani last season for Proteam Racing in 2015.

The 30-year-old, who stands at 6'9'', struggled with discomfort during the first race weekend in Argentina while modifications continued to be made to the Civic to accommodate his large frame, finishing 11th in race one and retiring from race two.

In Marrakech, fighting with the handling as well as his position in the car, he qualified in 14th position before his team and sponsors made the decision to withdraw from the race a few hours before the start.

It has now been confirmed that Borkovic and his sponsors have decided to withdraw from the rest of the WTCC season, his management team stating that changes made to the car have not been adequate, given the amount of time Proteam Racing has had to work on the issue.

They also believe the specification of car used by Italian team is not to the same standard as the Civics used by JAS Motorsport, Zengo Motorsport and Nika Racing, an accusation denied by Proteam.

However, their main concern is over the physical injuries that Borkovic is incurring from continually driving in discomfort. They and their sponsors will now work on a new programme for the Serb instead.

Rydell to sit out test as illness is diagnosed