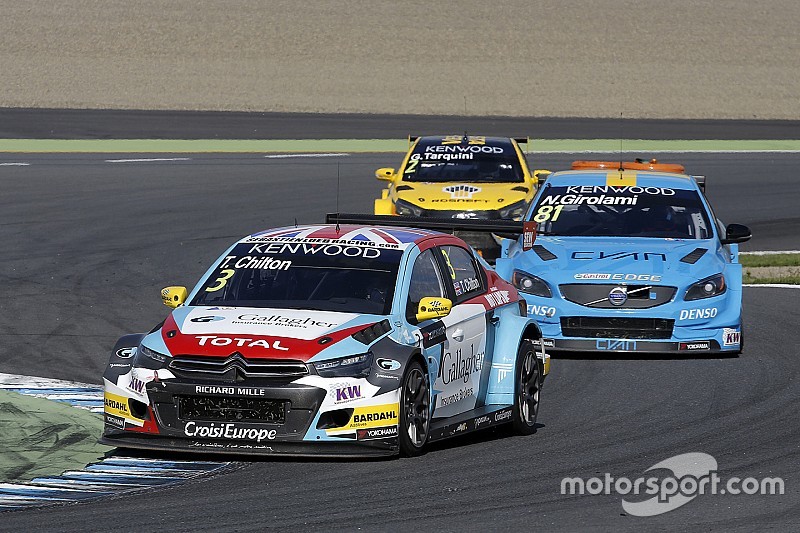 Tom Chilton believes Citroen’s exit from the WTCC as a works team gives him his best chance yet of challenging for the title.

The French marque dominated the championship during its three-year tenure from 2014-16, with Jose Maria Lopez taking the title in all three years, but withdrew in favour of a return to the WRC for 2017.

Citroen however will still be represented by privateer teams, with Chilton returning in a Sebastien Loeb Racing-run C-Elysee in what will be his sixth season in the category.

With only Honda and Volvo fielding works WTCC teams in 2017, the 31-year-old believes winning the championship is a viable goal, after missing narrowly missing out on the independents’ prize in 2016.

“My ultimate goal is to be FIA World Champion, and now the two works Citroens have pulled out, I see it as a good opportunity,” Chilton told Motorsport.com. "We’ve had time to develop the car a bit, so I’m confident.

“Mehdi [Bennani] pipped me to the post in the independents’ title last year, so I want to fight back this year.

“I think Honda will be strong, they’ve done a lot of testing. I think Tiago Monteiro and Thed [Bjork] in the Volvo will also be good. Volvo were very good in the last round of the year, I think they could be right up there.”

Chilton however believes that 2012 champion Rob Huff, who has left Honda to join the Munnich Citroen squad, could have a hard time in the C-Elysee.

“As good as Rob is, I know how hard this car is to drive,” added Chilton. “I’ve driven touring cars for 15 years and the Citroen is by far the hardest thing I’ve ever driven. I think he’ll be off me and Mehdi to start with.

“Rob is probably hoping he’ll be champion in the Citroen, but I think he’s in for a shock, because it’s pretty hard to drive! I’m more worried about my teammate, because he knows the car so well.”

Explaining his decision to do parallel WTCC and BTCC programmes in 2017, Chilton said he feels doing both series is worthwhile, as now is the time to capitalise on his touring car experience.

“On average, in touring cars, the most successful drivers are in their mid-30s, 40s,” the Briton continued. “You don’t get many champions who are younger than 30, because it’s down to experience.

"I feel like I’m reaching that stage where I have the experience now, and this is my opportunity now to do well.

“I think sometimes the more racing you do, the better you can be – muscle memory and that kind of stuff. So I think [doing both series] is a good thing, even though I’m probably going to be knackered!”