China comes in a double pack for Muennich Motorsport 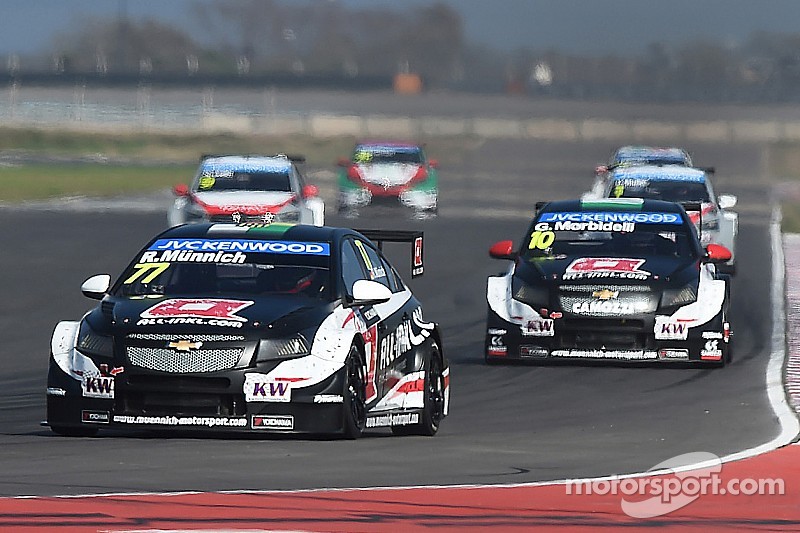 The racing stable from Saxony wants to score points in Beijing and Shanghai.

Friedersdorf/Beijing (rol/ot) After a long two month break the Team ALL-INKL.COM Muennich Motorsport from Friedersdorf starts into the last season third of the FIA World Touring Car Championship (WTCC) this weekend (4th /5th of October) in Asia. The season runs 17 and 18 will be held at the “Goldenport Park Circuitc in Jinzhanxiang, at the Northern outskirts of the Chinese capital city Beijing and one week later (11th/12th of October) at the race track in Shanghai to complete the double pack for the German racing stable.

Even if the WTCC holds its premiere race in Beijing, the Team ALL-INKL.COM Muennich Motorsport has already been at the 2.391 km long track in 2011 with the GT1. “It has not been a good race for us that time, because our car on his course to score the championship title has been pushed off track”, team principal and racing stable owner René Münnich remembered. “The track is really short and tight and we will have to deal with understeer a lot.”

Nevertheless, René Münnich (starting number 77) and his Italian team colleague Gianni Morbidelli (#10) hope for a good result with their Chevrolet RML Cruze TC1. “The Chevrolets will get a few updates and I am really curious if we can get closer to our combatants this time. But the combatants also tested and developed their cars further”, René Münnich explained. “We definitely aim on points anyway.” The racing stable from Saxony didn’t score any points at the last race at the beginning of August at the Autódromo Termas de Río Hondo in Argentina with an additional weight of 40 kg in the cars.

Gianni Morbidelli is on position eight of the WTCC drivers ranking at the moment. ALL-INKL.COM Muennich Motorsport holds the seconds position at the team rankings (Yokohama Teams` Trophy). “The race tracks in Beijing and Shanghai are new terrain for Gianni Morbidelli. But it should be possible for him to get a top ten placing”, the team principal said. “Especially the fast track in Shanghai could fit for our cars very well. I have not been too bad at this track last year, so I hope for a lot more this time”, René Münnich explained.