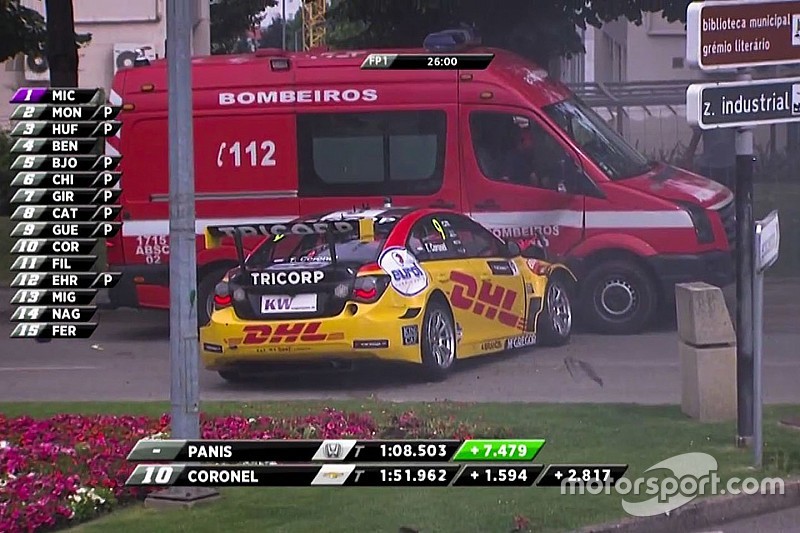 The FIA has confirmed that Portugal's Vila Real circuit was not “in its licenced configuration” when Tom Coronel collided with a fire vehicle, and that work is ongoing to ensure the error will not happen again.

Coronel’s race weekend ended as early as the first practice session, when the bolts on the front-left wheel of his ROAL Chevrolet sheared and the Dutchman went down an escape road, hitting a fire crew van in the process.

The damage to Coronel’s car was severe enough to rule him out of the rest of the weekend, with his car shipped to competitor Campos Racing’s workshop on Saturday night in order to give his Italian team chance to repair it before being sent in freight to the next round in Argentina.

Questions were immediately raised about how Coronel’s car was able to reach a manned vehicle next to the track, especially as spectators were also not far from the point of contact, as well as a bank behind the truck which led down to a river.

A barrier was quickly put in place before the following practice session, and the FIA has now confirmed that this should have already been in position before the first session took place.