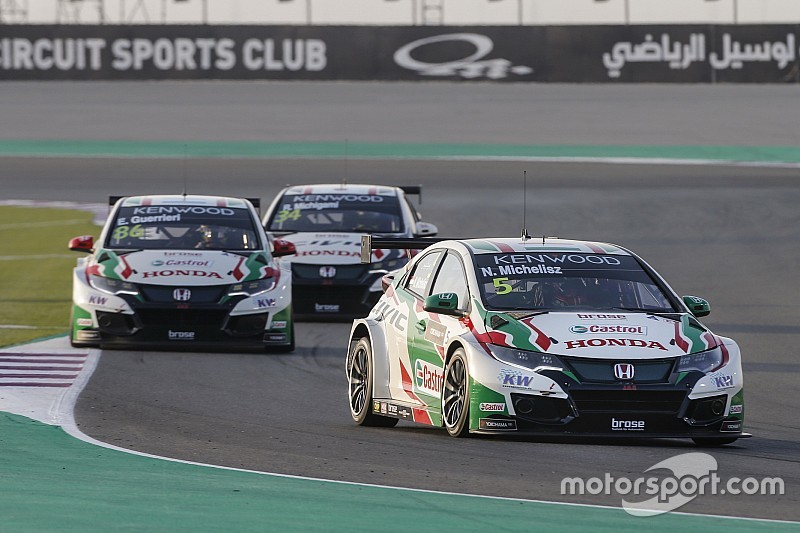 Honda says it would have left the WTCC had the series stuck by its TC1 regulations beyond the end of the 2017 season.

The WTCC will become the World Touring Car Cup this season as part of a two-year deal to adopt TCR regulations, which also signalled the end of the TC1 era of aero-dependent high-cost cars.

In the wake of Citroen and Lada's exits from the championship at the end of 2016, only Honda and Volvo remained as manufacturers in ‘17.

Honda's ninth-generation Civic Type R on which its challenger was based was replaced last year by the FK8 Type R, and the manufacturer is understood to have made it clear it would not commit to a TC1 version of the new model being built.

"It would have been a really difficult situation and we would regret it but we would have stopped. Definitely," Honda Europe motorsport manager William de Braekeleer told Motorsport.com.

"The main reason is this car is no longer sold, it's the previous generation Civic, so it didn't make any sense on the marketing side."

"Whether or not customers would have continued to race with our cars... it's a big question mark," de Braekeleer added. "If you ask my opinion, I wouldn't have been so positive [about that].

"Inevitably, it is still a Civic racing and in a very high visible televised championship and we would have been forced to support the customer just to have a minimum level of performance. This was not the right thing to do either.

"Probably we would have said OK, we stop completely and we prefer not to see any other Civics racing because it was contrary to the brand image interest."

De Braekeleer said it was a "pity" that the TC1 era ended two years earlier than planned, but added Honda had been in favour of a switch to TCR - which restricts the involvement of factory outfits - once it had become clear that TC1 was not viable.

“Each time we were asked our opinion, yes we were in favour [of a TCR switch],” he said.

“As soon as it was clear TC1 had no future, unfortunately - because we still believed this was a very good regulation, it's just a pity no more manufacturers jumped - it had to stop, we could not continue with just two brands officially involved in the championship.

“It's a pity that TC1 cannot continue, but there were no other options than TCR."