Jose Maria Lopez: "It was one of my toughest ever races"

Reigning WTCC champion Jose Maria Lopez might have reclaimed the points lead at the Hungaroring, but, as he writes in his column, it was one of the most arduous weekends of his tenure in the series.

I did well again! And again, it was sigh of relief - because things were not at all easy. Obviously I'm in seventh heaven because I won the third main race of the year and I regained the top of the standings, but if I have to be honest, this was one of the weekends during which I've suffered most.

Every choice was difficult and didn't always prove to be the right one. I knew Yvan would be tough at this track and he proved that. Yet things were off to a good start.

New coat of asphalt at the Hungaroring 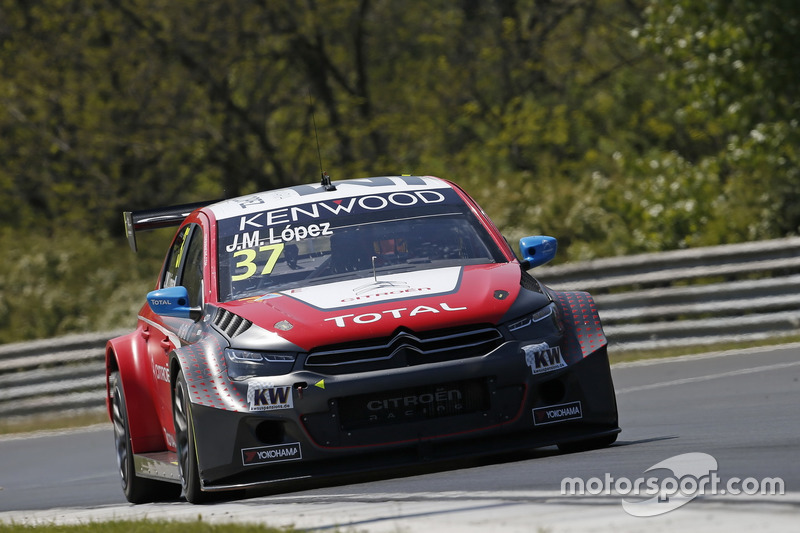 Doing our first laps at the track, we had to deal with the new surface, which made it a complete unknown. Changing the road surface on a circuit means you have almost zero data on grip levels.

We got straight to work and, in practice, we have done the best job preparing a great car to qualify.

I feel like I used my C-Elysee to the max in the shootout and the reward was another pole position - which, on a circuit like the Hungaroring, is crucial.

But we did know that weather would make for a strenuous Sunday. And, well, it sure did. The dry-wet conditions were a disaster. 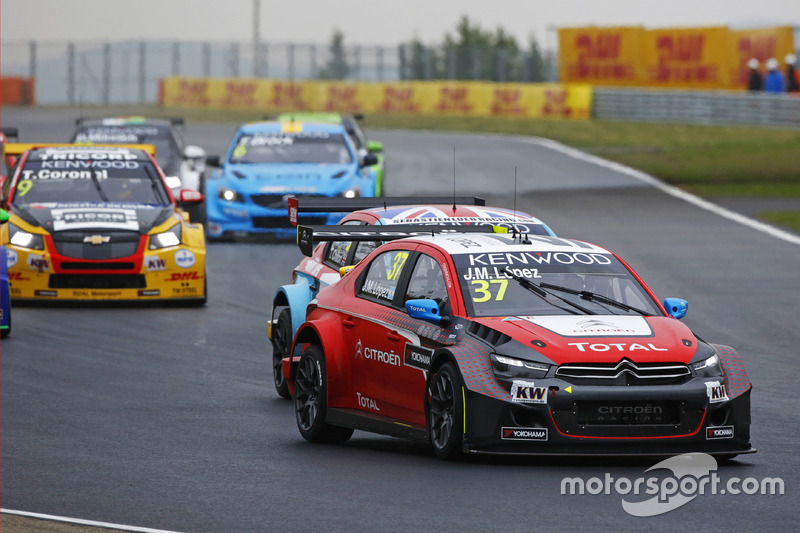 Starting closer to the back in the opening race was already tough enough, but in those conditions it was very difficult to assess what the best tyre was to use. It was wet but it looked like it was going to dry out. That's what we figured.

There was hesitation in choosing between the two options and, eventually, I based the decision on what my main rivals in the series picked and I went with slicks.

Obviously, it wound up being a disaster, but at least there were no big consequences for getting it wrong because all of my main rivals got it wrong, too.

From the outside, it is easy to criticise us and praise those who made the right choice, as if only they understood how things would go.

The truth is that there's always uncertainty in making a deicison like that - and when you fight for a championship, it is a choice that must be made by examining a large number of factors.

Among those factors is your rivals' strategies - and going against that was a risk we couldn't afford.

It didn't work out, the race was really hard - and recovery was not really possible. 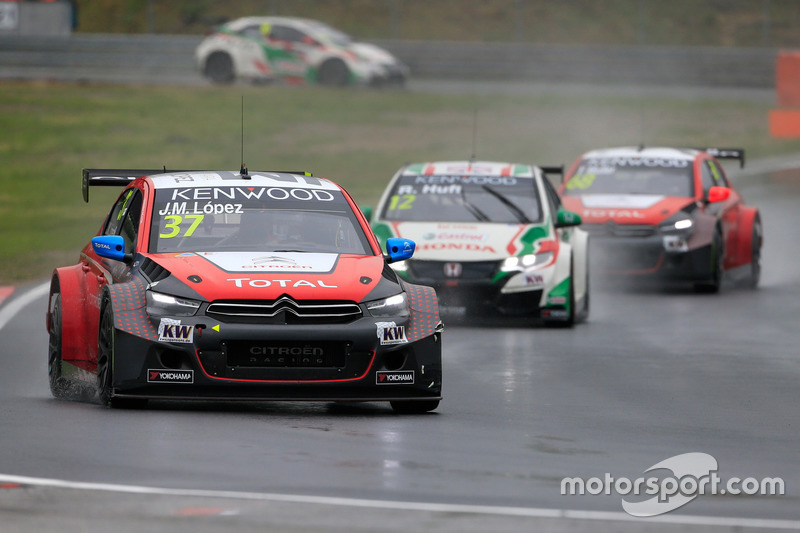 The main race was also very difficult. I had to fight really hard and I have to admit that we were surprised by the performance of Honda.

They did a really great job despite all the weight [having gained 70kg between Slovakia and Hungary]. They were barely held up by the ballast .

As such, we now know we have a very strong opponent that will bother us throughout the year. We will have to fight with them - it is clear.

As for the intra-team battle, in race trim, my Citroen just did not run as well as my teammate's. And for me, that made for one of the toughest races I've ever raced.

It was cold, five degrees Celsius, and that meant the tyres weren't up to temperature. The track was very slippery and didn't offer any sort of grip, so I was forced to look for trajectories other than those that we normally use in the wet. Every lap, I was looking for something new to get some grip. 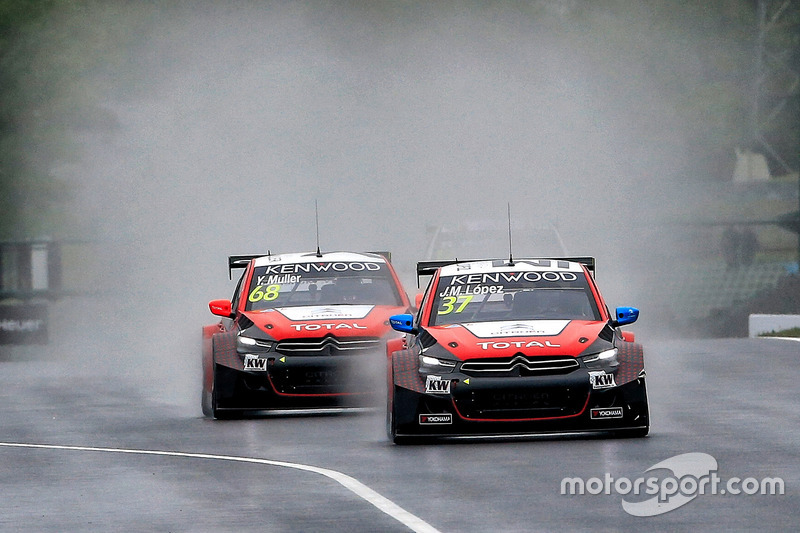 Doing so actually worked out early on, but then came the Safety Car. And I was unable to maintain the temperature of my tyres, while Yvan managed to do so well.

What followed after the restart were three laps of hell and it was really hard to keep my rivals at bay.

I knew though that, as we went on, the car would get better - and soon I started to get a bit of a rhythm.

The skirmish between Yvan and Rob Huff undoubtedly helped me, but I am convinced that I could win without it. It's always hard to tell what will really happen, but my car at the end was much better and so I could keep ahead.

There were two or three corners where I had to defend myself, although Yvan never was next to me and never had a real opportunity to overtake. And, by the end, I had a better car - probably due to a different set-up.

Maybe we made a wet-track set-up that didn't quite prove to be optimal - but there were so many unknowns and it was hard to tell which road to take. In the end, I was exhausted but I'm happy.

I have now have 52 points on Yvan, but just 12 on Tiago. It's a long series, but right now it's taking the shape that I want to see.

On Tuesday, I got a nice birthday present and now I'm enjoying some time off. Then we will begin to work again, preparing for Morocco - a new track that, on paper, won't fit our C-Elysee too well. But we'll see. 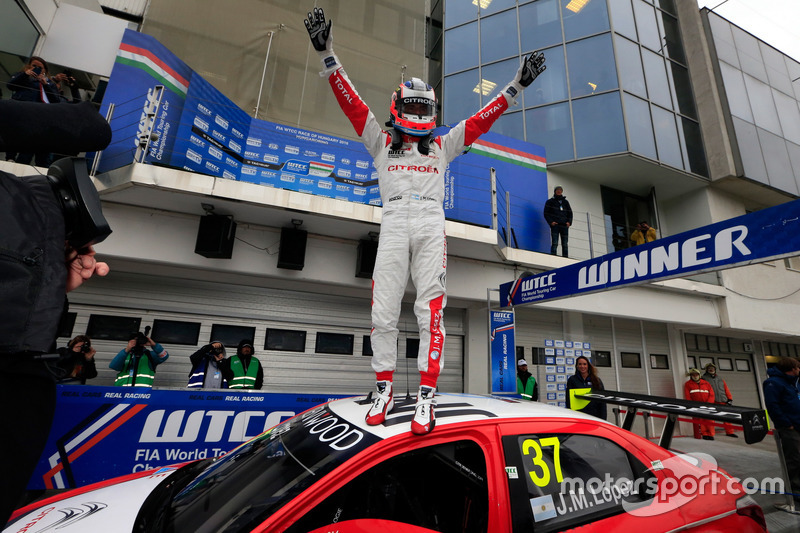 Huff calls for introduction of driver steward in WTCC

Monteiro: Citroen likely to remain "the strongest car" in 2017