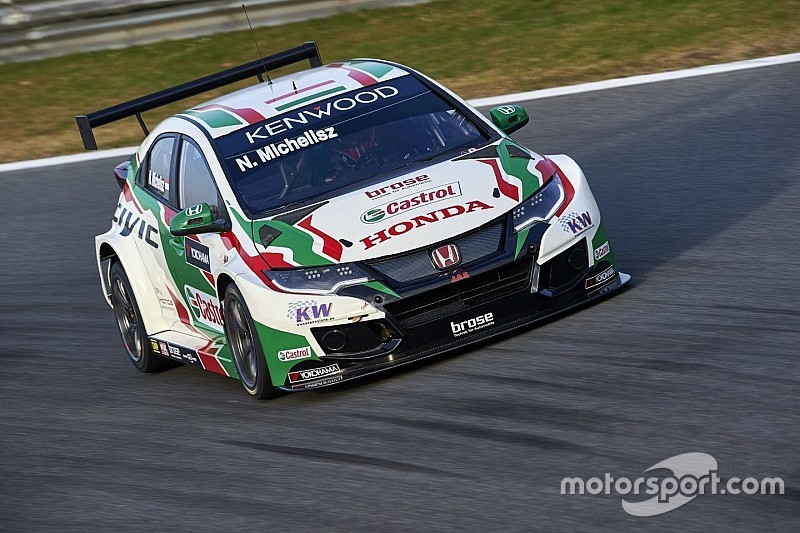 Honda drivers Norbert Michelisz and Tiago Monteiro were fastest in practice ahead of the first WTCC round of the season in Marrakesh.

Monteiro had topped the morning’s first 45-minute session, but Michelisz ended practice with the fastest time after a late flying lap of the Moulay el Hassan street circuit in practice two.

Hungarian driver Michelisz managed only five laps and failed to record a time in the first session as a result of an oil leak, but racked up 21 laps in FP2, recording his fastest time of 1m22.234s late on.

That bettered Monteiro’s benchmark from the previous session by 0.206s to ensure a 1-2 for the works Honda team.

Former Honda driver Rob Huff ended second practice with the third-fastest time, but his morning was not without issues.

Huff was barred from taking part in the first practice session after his Munnich Motorsport Citroen C-Elysee failed scrutineering, and while he was later cleared to take part in second practice he stopped on track, having run out of fuel.

Volvo drivers Nestor Girolami and Nick Catsburg were fifth- and sixth-fastest in the second session, with the Campos Chevrolet Cruze of Esteban Guerrieri separating the pair from the third driver of the Swedish team, Thed Bjork.

Mehdi Bennani had been second fastest in first practice to Monteiro, but was eighth in the lead Sebastien Loeb Racing C-Elysee in the second session, ahead of the third factory Honda Civic of Ryo Michigami and teammate Tom Chilton.

WTCC season to begin in Marrakesh with 15-car entry