Monteiro hangs on from Huff for second Moscow win 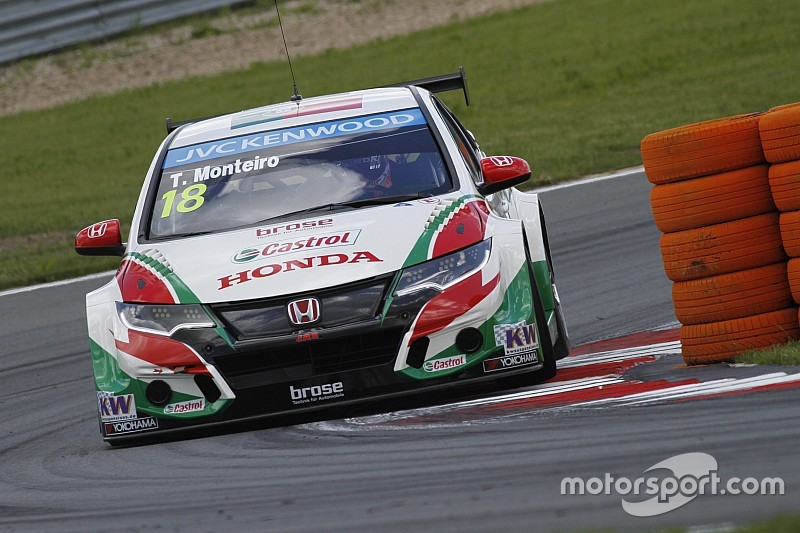 Tiago Monteiro took his first win in almost two years at the Moscow Raceway for Honda in an action-packed second race ahead of Lada’s Rob Huff.

Monteiro, who started on pole position courtesy of setting the 10th fastest time in qualifying, led into the first corner at the start, while the independent Honda of Zengo Motorsport driver Norbert Michelisz muscled his way past Lada’s Nick Catsburg for second.

Ma Qing Hua had a good start from fifth in his Citroen and briefly moved ahead of Catsburg for third into the first corner, but because he was on the wrong side of the track for the next turn, the Chinese driver lost two spots to both Catsburg and Hugo Valente’s Campos Chevrolet and fell back to fifth.

The two were running side-by-side during the first two corners of the second lap while caught in the battle with Chilton, with Lopez emerging ahead of Muller, but the fight would be cut short when the Argentinian was handed a drive-through penalty after he had clearly jumped the start.

The man on the move in the race though was Lada’s Rob Huff from seventh on the grid. The 2012 champion moved ahead of Ma Qing Hua’s Citroen for fifth on lap two, then passed the struggling  Valente for fourth on lap five and was unchallenged when he caught new teammate Catsburg at the final corner on the same lap.

Huff then closed down on the leading pair of Hondas of Monteiro and Michelisz, forcing his way past Michelisz  with minor contact to claim second, but was unable to do anything about Monteiro, who by now had a three second lead and duly went on take his first win since Shanghai in October 2013.

Catsburg was later involved with contact with Honda’s Gabriele Tarquini as the two went side-by-side through Turn 13 fighting for fourth, with Tarquini coming off worse with damage to the rear-left suspension, and went off into the barriers into retirement.

Race one winner Muller meanwhile took a cautious approach after Lopez’s penalty and was able to capitalise when Loeb challenged Valente with four laps to go.

As Loeb tried to pass Valente, Muller was able to sneak past his French teammate and then make his way past Valente to grab sixth and reduce Lopez’s points lead by a further eight points to 35 heading to the next round at the Slovakiaring in three weeks’ time.