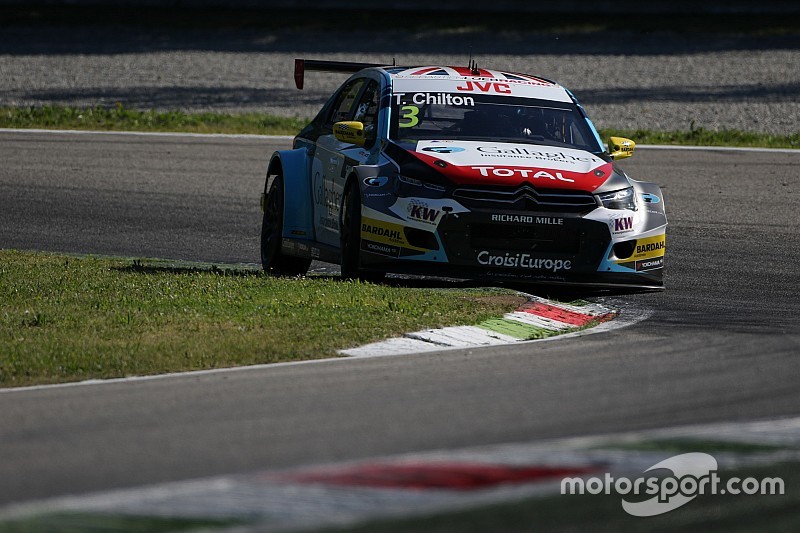 Tom Chilton took Citroen's first win in the 2017 WTCC season at Monza, inheriting the lead after Norbert Michelisz and Mehdi Bennani made contact while in first and second.

ROAL Chevrolet driver Tom Coronel was set to start from pole position, but a stall for the Dutch driver on the parade lap foretold what was to happen at the start proper.

As Coronel stalled again, Bennani sailed into the lead ahead of his Sebastien Loeb Racing teammate Chilton, with Michelisz up to third in his Honda.

Michelisz overtook Chilton at Rettifilo at the start of Lap 2, with Polestar Volvo’s Nestor Girolami following him through, but the race was soon over for the Argentinian, due to a suspension issue.

On the following lap, Michelisz dived down the inside of Bennani at the Parabolica for the lead, but as the Moroccan turned in, the two made contact and locked wheels with both retiring with damage.

This promoted Chilton into the lead ahead of Campos Chevrolet’s Esteban Guerrieri, with Rob Huff's Munnich Citroen in third.

Huff got ahead of Guerrieri on Lap 5 down the straight, and then closed in on his fellow countryman Chilton, but was unable to overtake the identical C-Elysee.

Behind the two Citroens, a busy battle raged on between points leader Tiago Monteiro and Thed Bjork, as they worked their way forward, with Monteiro passing Guerrieri at the Roggia chicane for the final podium spot on Lap 6.

Bjork took another two laps to get past the Chevrolet, which showed great pace in a straight line.

Coronel recovered to finish sixth, ahead of the SLR Citroen of John Filippi, and the battle-damaged Volvo of Nicky Catsburg.