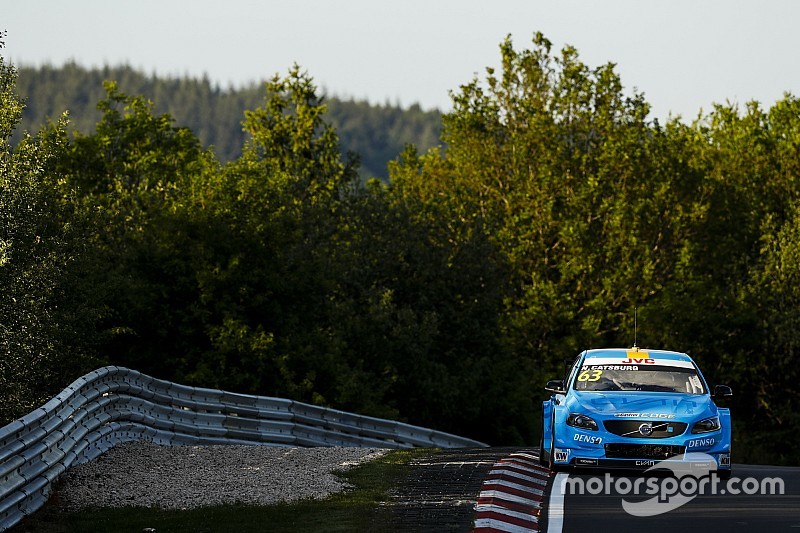 Volvo driver Nicky Catsburg has taken the lead of the WTCC points standings after securing his second career victory and his first for the Swedish marque in the main race at the Nurburgring.

At the start, Catsburg launched into the lead ahead of polesitter Norbert Michelisz's Honda, but was challenged into the second corner by Munnich Motorsport’s Rob Huff.

The Citroen driver was pushed out wide by Catsburg and dropped to fourth, but soon recovered to third after passing the second Volvo of Thed Bjork.

Catsburg led the first lap ahead of Michelisz and Huff, with Bjork not far behind, with the Sebastien Loeb Racing Citroen of Tom Chilton in fifth.

The Dutchman began to pull away from the pack from the second lap, leaving Michelisz and Huff fighting over second.

Catsburg completed the third and final lap without incident to win by three seconds over Michelisz, with Huff finishing third for the second race in a row.

Race 1 winner Bjork took fourth ahead of Chilton, followed by the second SLR Citroen of Mehdi Benanni in a distant sixth.

Tom Coronel just held off fellow Chevrolet driver Esteban Guerrieri for seventh, while Yann Ehrlacher in the RC Lada and John Filippi in the third SLR Citroen completed the top 10.

After his Race 1 puncture, Honda's Tiago Monteiro was forced to start from the pits behind both the WTCC field and the 11-car ETCC pack.

A suspected puncture on the final lap for the Zengo Honda of Daniel Nagy handed Monteiro 13th place at the finish, the Portuguese driver ending up outside the points.

Catsburg’s win propels him in the lead of the championship for the first time on 127 points, two clear of Monteiro, with Bjork just six points behind in third.

Monteiro furious at Yokohama: "You cannot play with lives"