Proteam will not race in Hungary WTCC round 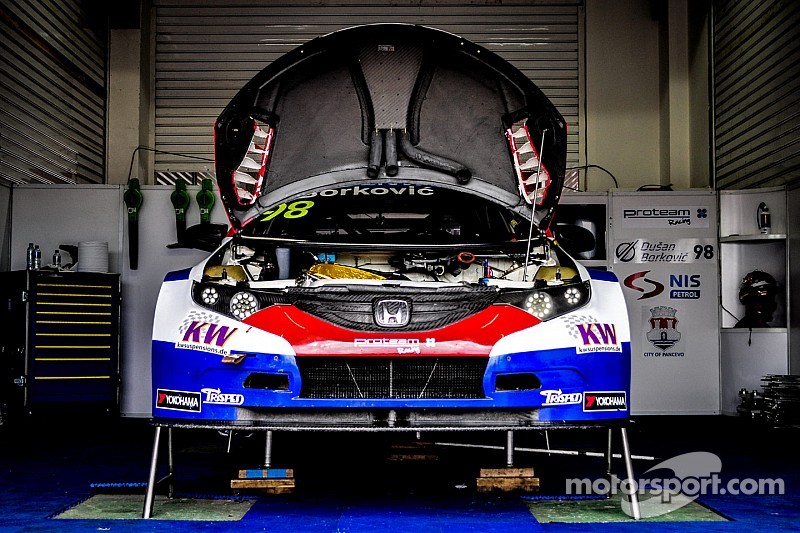 Proteam Racing will be absent from the World Touring Car Championship grid for the first time in the WTCC's history this weekend in Hungary.

Dusan Borkovic's switch to the FIA European Touring Car Cup has left the team without a driver or the budget to compete.

The team has indicated it's unlikely it will return this season.

The Italian team has competed in every race since the new WTCC era began in 2005, winning the independents' trophy in 2008 and 2010 with Sergio Hernandez while fielding the BMW 320si E90.

Bennani departed the team to join Sebastien Loeb Racing this year in the Citroen C-Elysee WTCC, with the team signing Borkovic for his sophomore WTCC season, after the Serbian drove for Campos Racing last year.

However, complaints about the seating position in the Honda Civic WTCC, which was causing the 6ft9 driver discomfort, as well as dissatisfaction over the parts package with which Proteam compete, led to Borkovic's management and sponsors calling time on his WTCC campaign shortly before the first race in Marrakech two weeks' ago.

Borkovic will compete with the Hungarian B3 Racing team in the FIA European Touring Car Cup for the remainder of the season under the NIS Petrol Racing banner, while Proteam Racing has confirmed they plan to legal action against its former driver for breach of contract.