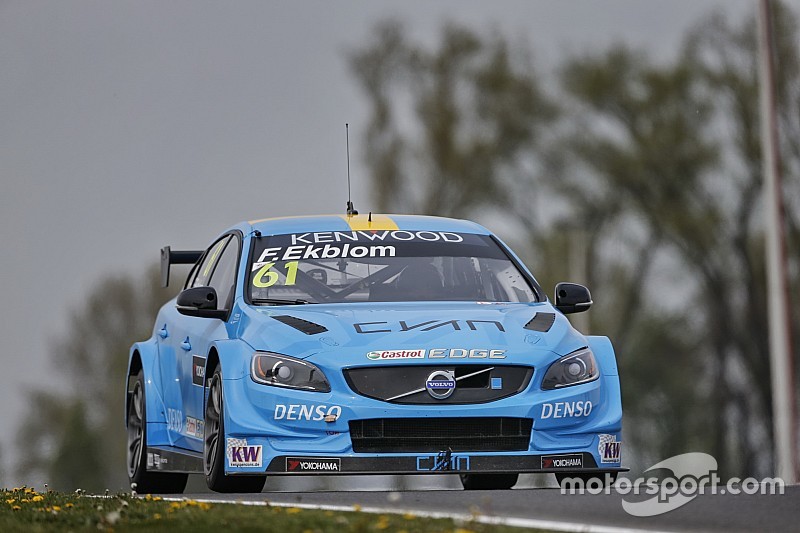 Fredrik Ekblom set the pace at Slovakiaring in the first free practice session ahead of his Volvo teammate Thed Bjork, with Lada’s Nicky Catsburg third in the Vesta TC1.

The session went incident-free, but lap times for Honda’s Norbert Michelisz and Lada’s Hugo Valente were disallowed, both for track limits infringements.

The Lada driver had actually jumped up to second before the stewards decided he had gone too wide at Turn 9.

As the chequered flag was waved, Catsburg stopped on track at Turn 9, after slotting in at third, triggering a yellow flag.

Michelisz finished fifth ahead of team-mates Rob Huff and Tiago Monteiro. Valente was eighth, with championship leader Jose Maria Lopez just behind him after a series of runs on used tyres in his Citroen.

Tom Coronel set the pace in the WTCC Trophy with tenth outright, followed closely by John Filippi, with Yvan Muller as low as 12th after working on old tyres, just like his team-mate.