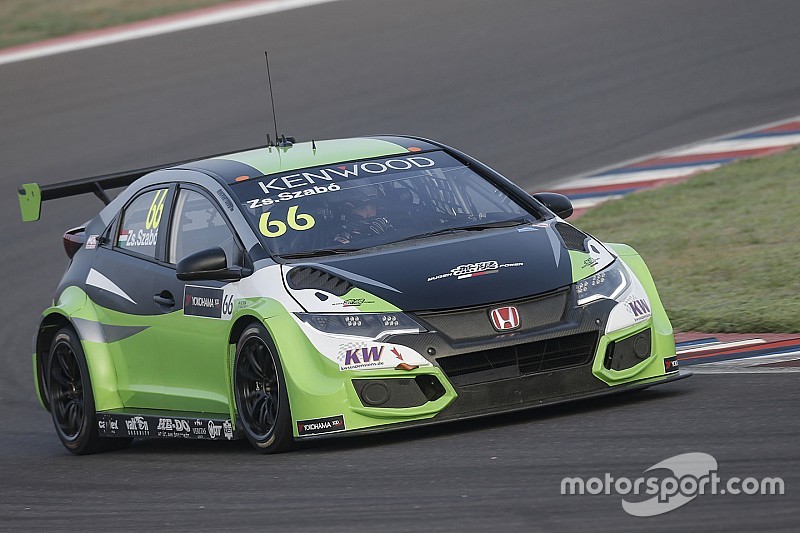 Hungarian Zsolt Szabo will complete the World Touring Car Championship season with the Zengo Motorsport Honda outfit after his initial deal was extended.

Szabo stepped in to Zengo’s second seat as part of a one-off arrangement at the previous Termas de Rio Hondo round after Aurelien Panis - the son of 1996 Monaco Grand Prix winner Olivier - split with the team.

Panis, who switched from single-seaters to the WTCC at the start of 2017, recorded two 10th-place finishes in the championship before switching to the TCR International Series.

He won the most recent TCR round at Buriram in a Boutsen Ginion Racing-run Honda Civic.

Szabo impressed on his first weekend in WTCC machinery in Argentina, outqualifying the RC Motorsport Lada of Kevin Gleason and finishing on the tail of teammate Daniel Nagy in both races.

Zengo was expected to rotate its pool of European Touring Car Cup and TCR drivers in the second seat, but 21-year-old Szabo will now complete the season with the Hungarian squad.

“I’m really glad and can’t wait to drive again,” said ETCC convert Szabo. “My aim in Argentina was to learn as much as I could to hopefully get another chance so it’s really worked out for me.

“I will prepare as best I can and my aim is to be in Q2 each time.

“It’s going to be a huge challenge because I am using the 2015-specification [Honda] engine in my car and I don’t have the experience.

“But I have a great opportunity and maybe if things go my way and I go as fast as possible, I can score some points.”

Zengo has a history of running young drivers in the championship, and team principal Zoltan Zengo said the speed at which Szabo had adapted to the team's second Honda Civic in Argentina had impressed him.

“I am very happy to give Zsolt this chance,” said Zengo.

“He showed he could be very fast and comfortable in the car without the experience and also showed that he could learn the car.

“He’s a good talent and with Daniel it’s the perfect team.” 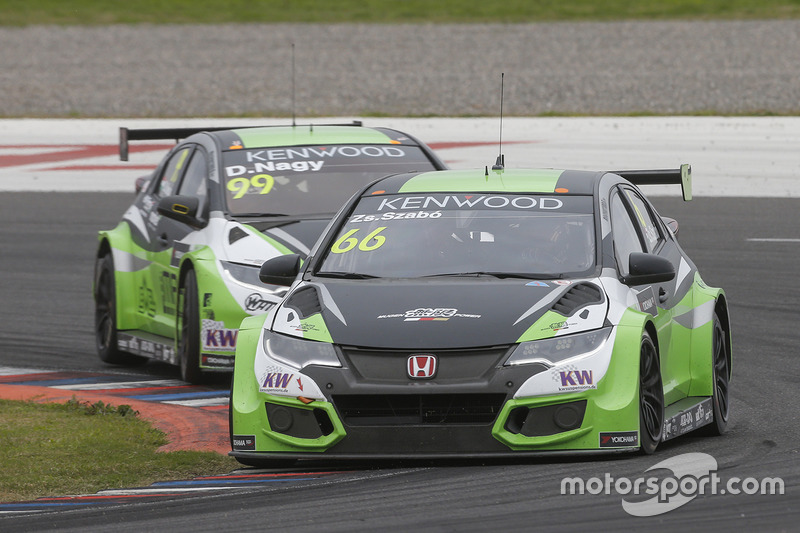