The organisers of the WTCC have issued a revised schedule for this weekend’s race at Motegi due to a typhoon passing between China and Japan that has delayed the arrival of the container shipment.

Free Practice 2, qualifying and the 'MAC3' team time trial have been moved from Saturday to Sunday, marking the first time qualifying has been held on a Sunday since Beijing in 2014.

Only Free Practice 1 will take place on Saturday of the weekend's track action.

“Unfortunately, the weather is something we cannot control and we hope fans watching on TV and making the trip to Twin Ring Motegi won’t experience too much inconvenience,” said WTCC promoter Francois Ribeiro.

”In DHL, the WTCC’s Official Logistics Partner, our other logistical consultants and operational staff, we have the perfect team of people working to ensure delays are kept to a minimum.

"And while it’s going to be a busy Sunday, we have managed similar timetable congestion effectively in the past. We look forward to a great show.” 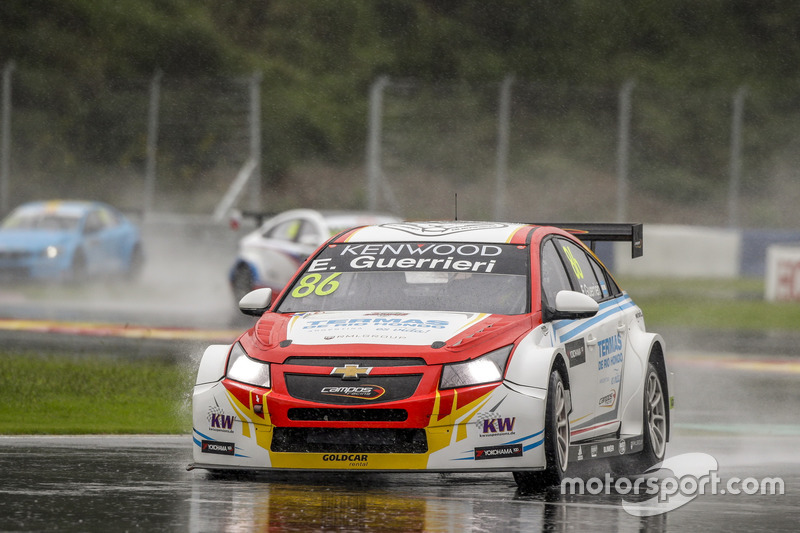 Kris Richard will replace Esteban Guerrieri for this weekend's race, which paves the way for the Argentinian to move to Honda to deputise for Tiago Monteiro.

Swiss driver Richard won a one-off race appearance in the WTCC as a prize for winning the 2016 European Touring Car Cup last year with Rikli Motorsport, and has been busy this year racing in the TCR Germany series for Target Competition.

Richard will now take over from Guerrieri, twice a race winner this season, with an announcement expected soon confirming that the Argentinian will be drafted in to replace Tiago Monteiro at Honda, while Gabriele Tarquini races at Adria in the TCR Europe Trophy for Hyundai.

“I don’t know the car, the team, the track, the WTCC or anything but these are plus points for me because I have no pressure," said Richard. "I just go there to do the best I can out of the situation, completely free in the mind. I am really excited and really looking forward.”