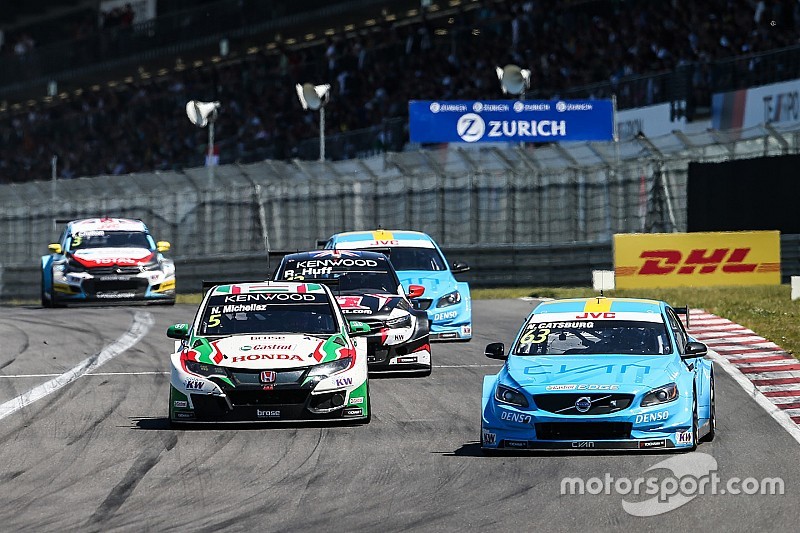 Volvo ran Thed Bjork to the final WTCC drivers' title and also beat Honda to the manufacturers' crown in its second year since it returned to top level competition.

The Polestar-run squad started life as Flash Engineering in 1996, working alongside Volvo, before Jan Nielsen's outfit was bought out completely by Christian Dahl in '04 and renamed Polestar for '05.

A year later the company moved to Gothenburg, became Volvo's performance partner in 2009 and in '15 Polestar's performance arm was bought out by the manufacturer, with the racing team retaining factory links by becoming a partner of the new purchase.

Honda's WTCC effort was run by Italian outfit JAS Motorsport, which also constructed its Civics, while its engines were developed at Honda's R&D facility in Japan and engineered by Mugen in Milton Keynes.

“Why we won it, I would like to credit mostly because we had everything under one roof," Murdzevski Schedvin told Motorsport.com.

"William [de Braekeleer, Honda Europe motorsport manager] had engines being built in Japan, rebuilt in the UK, then an Italian team doing the chassis and a number of engineers coming to races - they speak 15 languages in the paddock and nobody understands anything.

"This is our strong point - everything under one roof. No one can point fingers at anyone, they just get on and do their job.

"We want to have an exclusive partnership, no other manufacturers or no customers.

"Be close to an industrial system so you can pick the brains of whatever's available for R&D on a racing car, but stay away from the systems which are not really designed for race car development.

"We showed that this year, and that was one of the biggest contributors to our success."

Murdzevski Schedvin said his squad had accelerated its title push after a better than expected debut season in 2016 and amid fears about the championship's future.

"For the first season we were actually quite beyond where we wanted to be in terms of competitiveness," he said. "We were almost there at the premiere.

"We figured if we don't get a new entry for '18, it might be difficult to have an official manufacturers' title.

"On top of that, when you're in a lot of meetings and long-term strategy planning with the FIA and different organisers, you realise 'also, where is this heading as a championship?'

"We realised if we want to do it [win the title] in a way that we can look back with a strong sense of pride and credit from fans and media, 2017 we have to go all in."