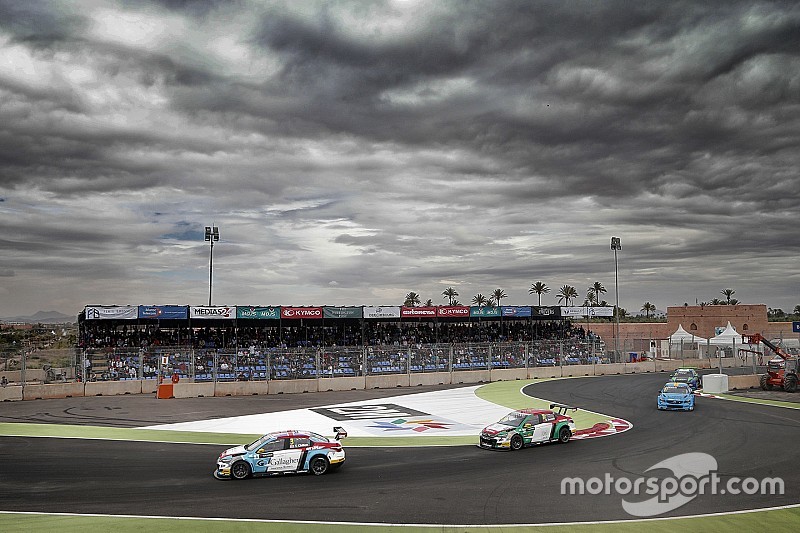 Circuit restrictions and government instability have forced the WTCC to cancel its plan to implement rallycross-style joker laps at the opening round of the season in Marrakesh.

The idea of introducing joker laps at street events was first announced with the publication of the decisions of the FIA World Motor Sport Council meeting last November, which stated that investigation into their suitable implementation was ongoing.

The use of such a format has since been written into the championship’s sporting regulations, but WTCC head Francois Ribeiro said the confines of the Moulay El Hassan circuit, coupled with instability in Morocco – which had until last week been without a government since October – meant a joker lap would not be used in Marrakech.

“We proposed to the FIA two or three different options for the joker lap,” said Ribeiro. “Marrakech is quite a narrow circuit and in the end we took the decision with the FIA and the circuit commission not to do it.

“We did not want to take the risk for the first time we use the joker lap to see crashes.

“Morocco had technically no government since the last parliament elections. We had an idea to do it, but that meant quite a lot of work – 500 square metres of track resurfacing and so on.

“So in the end, I said to FIA we have to be more realistic. We did not want to end up with a joker lap solution that was not good enough.”

Ribeiro did however say a joker loop would be used in Vila Real and could be used at conventional circuits – but said he was keen to avoid any such use.

“We will implement it in Vila Real [and] have a very good idea of how we want to do it there, but the first time it has to be very safe," he continued.

“Even if we do it once this year, I want to see how it works and if it brings a new dynamic to the race. I’m convinced on street races it will.

“There are circuits where you could do it, Termas [de Rio Hondo in Argentina] for example. But I think we should keep it only for street circuits.

“I’m not a fan of DRS, push-to-pass, etc. I prefer a race of less overtaking – but real overtaking, that means something.

“If we do this on permanent circuits, I get the feeling drivers will take less risk to overtake and just wait for the joker lap to do it.

“The FIA asked if I wanted to do it on permanent circuits because we gave the OK for it in the regulations, but I said no – only street circuits.”