WTCC's Thailand round could face cancellation 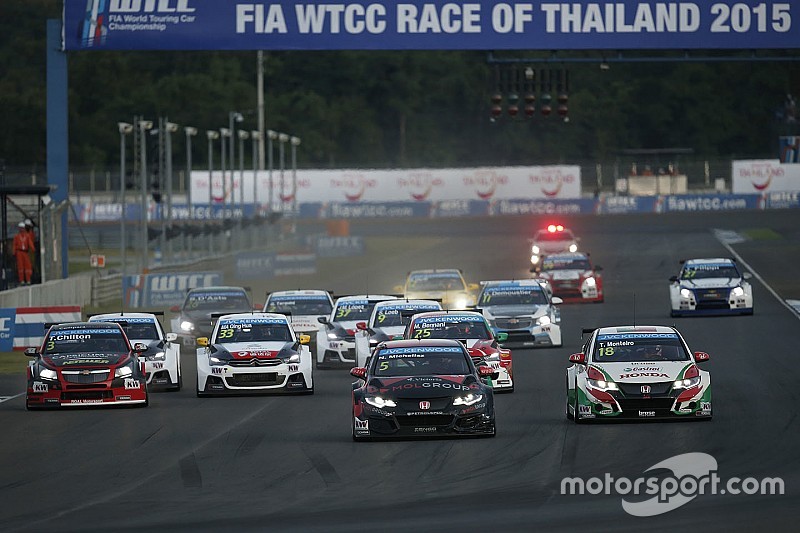 The World Touring Car Championship's Race of Thailand, scheduled for November, could end up dropped from the 2016 calendar.

The round at the Chang International Circuit in Buriram, which has received WTCC for the first time last year, is set to host the penultimate round of the 2016 season on November 6.

However, Eurosport Events, the promoter of WTCC, has encountered organisational problems that might see the event called off.

"There is an issue with the Thai ASN [the local motorsport authority], which, as of today, is kind of an empty box," WTCC boss Francois Ribeiro told Motorsport.com.

"The team, which has been delivering the race of Thailand last year, they have all been changed recently, I don't know why.

"We are facing a difficulty there.

"The issue in Thailand is 'who do you speak to?'. To do a World Championship event, you nee ASN on board. In every country, in Japan, in Argentina, in Germany, they are involved, but for the moment I just don't know who to speak at the Royal Automobile Association of Thailand."

Motorsport.com understands that a formal decision on the matter will be made during the first week of September - and Ribeiro has made it clear that only FIA can cancel the round.

"Only the FIA can change a World Championship calendar, and no one else."

Guerrieri "in love" with WTCC after Argentina debut

Volvo could field third car for Girolami in Japan