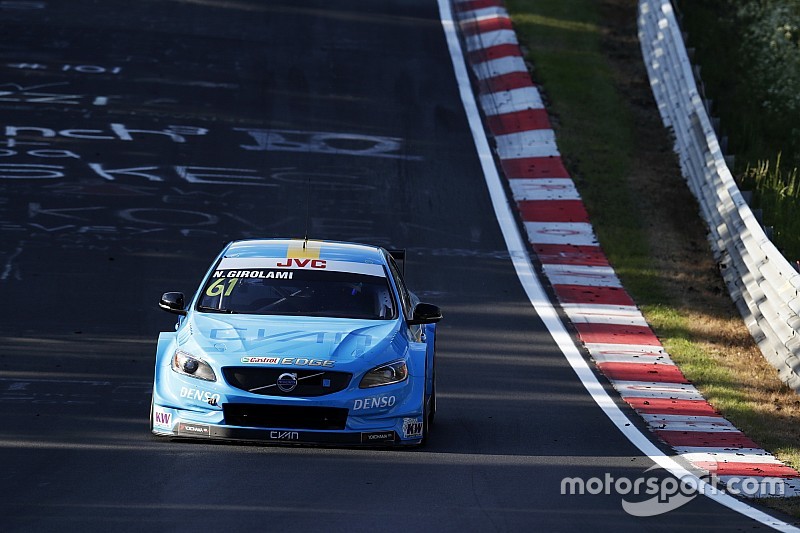 WTCC tyre supplier Yokohama has responded to criticism from a number of leading drivers after a series of punctures during Saturday's pair of Nurburgring races.

There were four punctures during the two races, with Honda's Tiago Monteiro and Volvo's Nestor Girolami’s failures coming on the final lap of the first race.

Monteiro, who failed to score points in either race after his Race 1 crash necessitated a pitlane start for the second race, was particularly critical of Yokohama, saying he was "very, very angry" with the Japanese tyre firm.

“In Free Practice 1 there were some problems,” said Yokohama technical consultant Ian Beveridge. “We then discussed that with the teams and they made some adjustments, and in Free Practice 2, it was all OK, but I don’t think anyone did a full race simulation.

“Then we came to race day, and the circumstances changed slightly more as we had hotter conditions, so the target moved again. We only come here once a year, so it’s a unique set of circumstances which we try to manage with the teams. All of us, the teams as well, are still learning.

"There are so many things that can catch the cars and the tyres out here; kerbs, rough parts, lots of compressions with the aero, long, long fast straights, which just produce a set of circumstances.

“I think we have a better understanding of what to do now. We’ve worked hard in the background to eliminate all these glitches, but we’re not always successful.”

Yokohama worked with the teams to provide a set of guidelines for tyre pressures. Although after last year’s race there was some question as to how well these were adhered to, there was no question that the recommendations weren’t followed this year by the teams.

“I don’t understand how a company like this can put drivers at danger like this every year. It’s the third time we’ve come here, OK, last year was worse, but it’s putting people at risk first of all, and I’ve also damaged badly my championship. It’s really not acceptable at this level.

“Whatever excuses there are… don’t take the kerbs, don’t do that – come on – we are paid to go as fast as possible, that’s our job.”

Beveridge added: “As you can imagine, we try and set a set of guidelines, which is normally more pressure to give the tyre more support.

Yokohama explained why there is no Nurburgring special tyre, and also why the pressure recommendations that the teams are given are not mandatory.

“About a special tyre, there’s two reasons,” said Beveridge. “One, we can’t under the regulations, as it’s one tyre by the contract with the championship, so that’s difficult to change.

“It’s a decision not to make our settings compulsory. Only the FIA can do that really, and we’re reluctant to do that as a championship as we want to keep the sporting element down to the teams.”