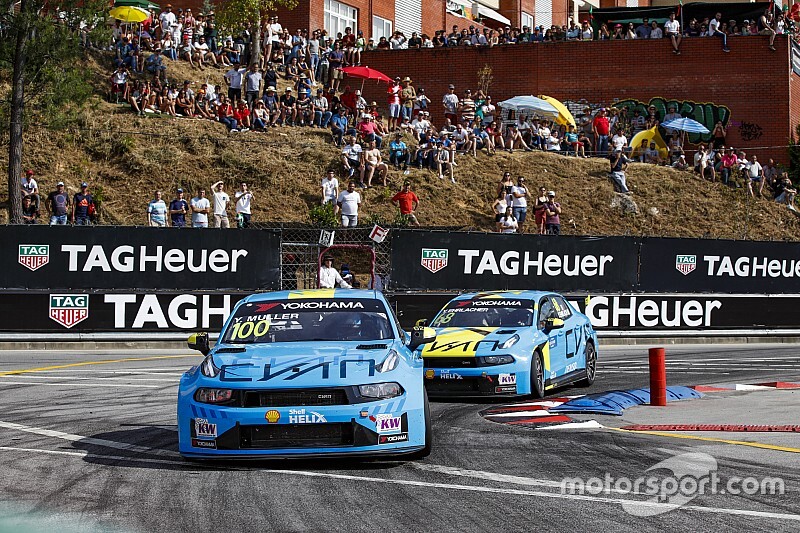 Four-time World Touring Car champion Yvan Muller and his nephew Yann Ehrlacher have been kept on by Lynk & Co Cyan Racing for the 2020 WTCR season.

Both drivers raced for the four-car outfit last year, but with Ehrlacher racing under the Cyan Performance banner and Muller scoring points for Cyan Racing.

However, as part of a rejig, both Ehrlacher and Muller have now been placed together at the Cyan Racing team, each driving a Lynk & Co 03 TCR.

Muller has been a title contender in both seasons of WTCR so far, and most recently finished third behind champion Norbert Michelisz and Esteban Guerrieri in 2019.

“Lynk & Co Cyan Racing is the right place to be,” said Muller. “Everyone in the project, from Sweden to China, are motivated to push on for the ultimate goal of fighting for the world title again in 2020.

“Last year was a great testament to the efforts of everyone involved, going from the first development tests to winning races in less than 12 months. There is no doubt we need to push even harder this year, and I am ready.”

Ehrlacher, who himself scored six podiums in 2018 en route to a joint eighth in the standings, said he is looking forward to learn from his experienced uncle this year.

“Yvan has been in every situation possible in motorsport either on the track or out of the track,” said Ehrlacher. “I am in this business now for three years which is not even 10 percent of his career. So, it’s a mega opportunity to catch as much experience as I can from him.

“If I knew, seven years ago, when I was coming to the WTCC races to watch and was dreaming about being a driver, that one day, I would be in one of the best teams, pairing with my uncle, I would have signed straight away.”