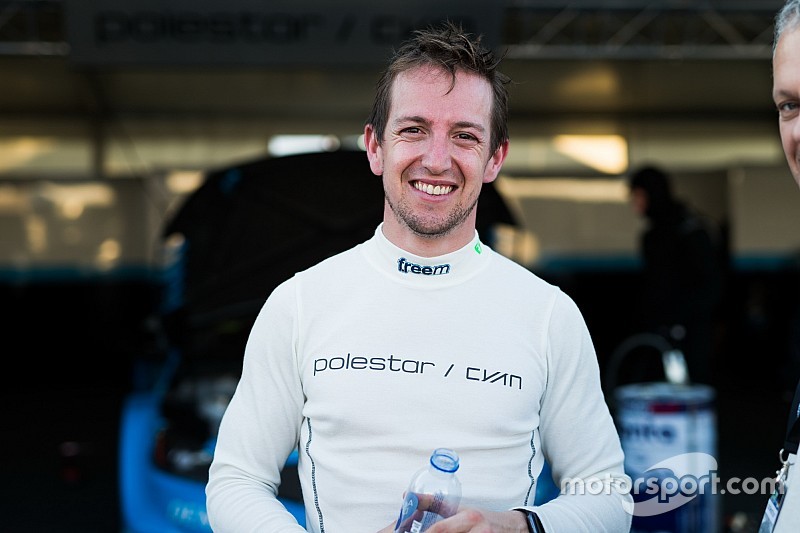 Girolami, a double champion in his domestic Argentinian Super TC 2000 series, contested a total of 23 WTCC races from 2015-17.

That included a race-winning campaign with the Cyan Racing Volvo outfit that won the 2017 manufacturers' title, although Girolami moved aside for the final race of the season and was replaced by Yvan Muller.

He spent last year campaigning a Peugeot 408 back in Super TC 2000, but will return to World Touring Cars this season at the wheel of a Honda Civic with Munnich, which ran Guerrieri to third in the drivers' standings last season.

"I am extremely proud to join the Honda Racing family in WTCR and very grateful to Munnich Motorsport for trusting me with the Civic Type R TCR, which is a car very capable of being the championship winner," said Girolami.

"I spent the Suzuka race weekend last year with the team and it was very clear from the way they do things that the potential is there to fight for the championship.

"I'm thrilled to have Esteban as a teammate because we have a very good relationship. I will give it my very best this year and cannot wait to begin testing."

Munnich is the first Honda outfit to confirm plans for the 2019 WTCR world cup season.

Honda said earlier this month that it expected four of its Civics to be campaigned in the series but that its entries had not been committed.

A communication from the manufacturer released on Monday morning said the identity of its second 2019 team would be revealed soon.

As well as announcing that Guerrieri will remain at Munnich, Honda has also confirmed Tiago Monteiro will contest the full 2019 WTCR season with the as-yet unannounced team.

Monteiro made his first World Touring Car start for more than a year at Suzuka last October after recovering from injuries sustained in a testing crash at Barcelona while driving for the Honda WTCC squad.

He skipped the WTCR season finale in Macau, but told Motorsport.com at that event he was ready to make a full-time return in 2019.