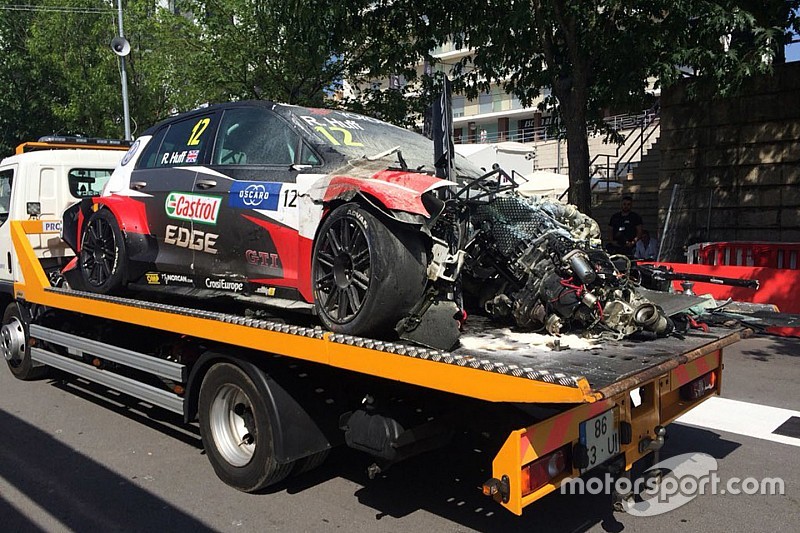 The pair triggered a multi-car accident on the opening lap of last month's first Vila Real race when they collided at the front of the field, which resulted in the race being stopped for two hours.

Huff and Bennani were both taken to hospital for precautionary checks and later released, but their Golf GTIs were both written off in the accident.

SLR received two new TCR-spec cars from Volkswagen to be built up shortly after the Portugal round, and both cars were ready in time for the start of Friday morning's first practice session.

It is not yet know whether Huff and Bennani will serve grid penalties for engine changes.

Each car is only permitted one engine for the entire WTCR season and any change automatically resulting in a car being sent to the back of the grid for the next race it contests, except in a case of force majeure.

While Huff and Bennani are able to compete in Slovakia, the Munnich Motorsport Honda squad will be limited to two cars for the weekend.

James Thompson, whose original deal was only supposed to cover the opening five rounds of the season, is unavailable for the event and Honda said repair work required for all three of the team's Civics left it short of time to "test and prepare a replacement driver".

That reduces the field to 26 cars, which is bolstered by wildcard entrants Andy Studenic and European Touring Car champion Petr Fulin.