Hyundai has announced its drivers for the 2020 FIA World Touring Car Cup, dropping Augusto Farfus from its roster. 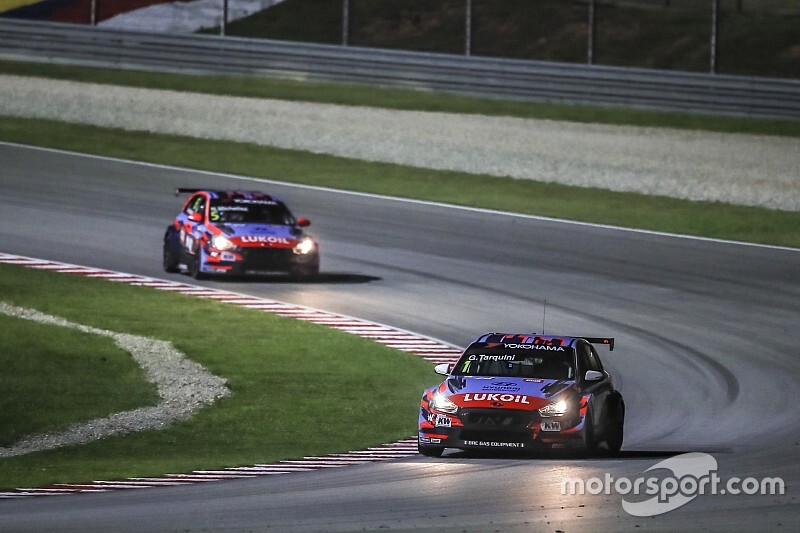 Defending champion Norbert Michelisz will return to defend his title, flanked by Gabriele Tarquini, Nicky Catsburg and newcomer Luca Engstler, who made a cameo for Hyundai in last year's Macau round when he replaced Farfus.

Now that change has become permanent for the new season, with BMW factory driver Farfus not having been retained for 2020.

It comes as BRC Racing, which ran all four of Hyundai's i30 N TCRs in 2019, scales back to two cars, with Team Engstler - run by Engstler's father Franz - stepping up from TCR Germany to run the other two cars for the Korean marque.

Catsburg will partner TCR Europe graduate Engstler for the new season, while Michelisz and Tarquini remain at BRC.

Michelisz, who beat Honda's Esteban Guerrieri to the WTCR title last year, said: “I feel I really work well with BRC, and with Gabriele as my teammate and that shows in the results we have had for the last two seasons. I know I have the title, but I know we can be faster in 2020.”

Newcomer Engstler added: “Joining the WTCR grid is really a dream for me. As part of [Hyundai's] Junior Driver program last year I was able to take advantage of some of their knowledge and learn from guys like Norbi [Michelisz], Gabriele and Nicky.

"Hopefully I can repay some of the support they’ve given me and help keep the i30 N TCR at the front of the field.”

The WTCR season is scheduled to begin on May 22-23 at the Nurburgring following the cancellation of the season-opener at the Hungaroring amid the global coronavirus pandemic.