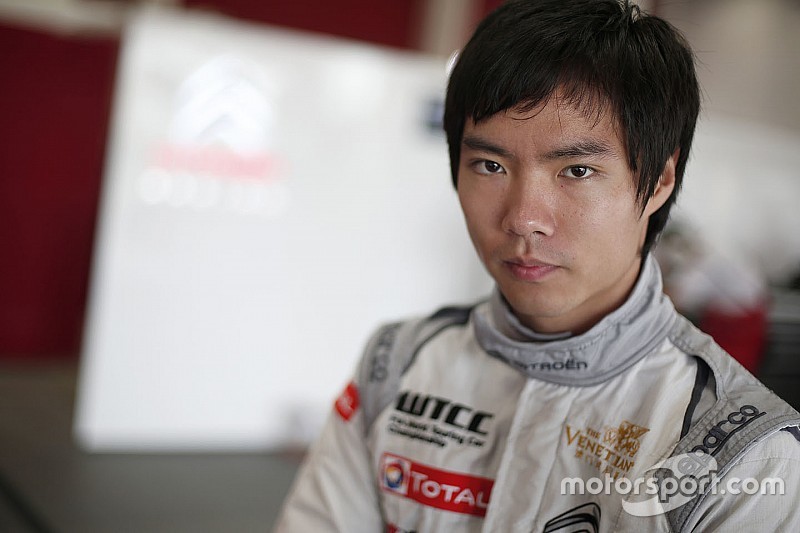 Ma Qing Hua will take over at the wheel of the Boutsen Ginion Honda Civic that was originally assigned to Tiago Monteiro at the upcoming rounds in China.

Two-time World Touring Car Championship race winner Ma will make his first race appearance since standing in for Oliver Turvey in the Formula E season finale in July later this month, as Monteiro continues to work towards a comeback after a testing crash at Barcelona more than a year ago.

Setting out the conditions for his return, Monteiro said he felt "almost ready" to race again at the Vila Real WTCR round in June and revealed he was advised by doctors to allow 11-12 months to pass before racing again.

That would in theory have allowed him to return for the Asian leg of the calendar, but Monteiro will now sit out at least two more race weekends.

Ma will instead make his WTCR debut, more than 10 months after his most recent World Touring Car outing at Macau last November, at Ningbo at the end of the month before the series' Wuhan street circuit event in the first week of October.

The Chinese driver will take the place of Benjamin Lessennes, who was awarded the drive originally after Monteiro postponed his participation.

“I am really happy to be racing in my home country with this new regulation car,” said Ma.

“It’s really good to be in this series, even though I don’t know the car and have not had one lap at either of the circuits.

"I’m also jumping in at the middle of the season when everybody else will have a lot more experience than me.

"It will be tough with only two practice sessions before qualifying but I really enjoy fighting with drivers like Rob Huff, Gabriele Tarquini and Yvan Muller and really enjoy the competition.

"I would like to thank everybody for this opportunity, I really appreciate it."

Lessennes recorded Boutsen Ginion's best result of the season so far at the Nurburgring in May when he finished fourth in the final race, and is 30 points clear of experienced teammate Tom Coronel in the drivers' standings.

The teenager will revert to his role as the team's test and reserve driver while Ma races.