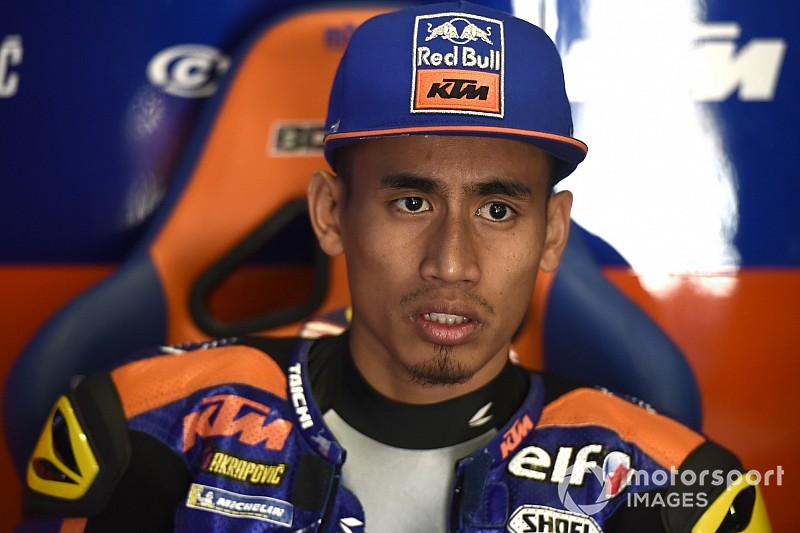 WTCR shares the Sepang bill at the December 13-15 meeting with the FIM Endurance World Championship, and Syahrin will tackle the eight-hour bike race as well as contesting the trio of touring car races in an Engstler-run Volkswagen.

Francois Ribeiro, head of the Eurosport Events firm that promotes both WTCR and the EWC, said Syahrin was "a household name in Malaysia" and expressed his delight that the 25-year-old will be "truly embracing the double-header concept by taking part in both the 8 Hours of Sepang and the three races that make up WTCR Race of Malaysia".

Syahrin was called up to Tech 3's MotoGP line-up in 2018 when Jonas Folger had to drop out due to illness, and remained with the team for its switch to KTM machinery this year.

The 25-year-old, who has scored only three points in the first nine races of the year, has already been replaced by Brad Binder in Tech 3's 2020 line-up.

MotoGP's Malaysian Grand Prix has been Sepang's main event since the track departed from the Formula 1 calendar after 2017. Circuit boss Razlan Razali said the WTCR/EWC double bill was a key part of the venue's strategy for its future.

"For 20 years, we have strived to bring many world-class events to appease motorsports fans not only from Malaysia but also from the region," he said.

"With the departure of F1 in Malaysia, we were tasked to look into other world-class events to include in our annual calendar. Through fan voting and further feasibility study, FIM EWC and FIA WTCR were the top two selected events.”

Syahrin is one of three Malaysian drivers joining the WTCR field for Sepang. Engstler will also run a second VW for TCR Germany podium finisher Mitchell Cheah, while TCR Asia and TCR Malaysia driver Douglas Khoo will race a Cupra.