Vervisch led all the way from pole position in race two at Aragon to secure a first victory for Audi’s new RS 3 LMS in the World Touring Car Cup.

The Belgian, who has returned to the WTCR this year after missing the 2020 season, successfully negotiated a safety car restart after Comtoyou teammate Tom Coronel was forced to stop on track.

Fellow Hyundai driver Norbert Michelisz had run ahead of him from fourth on the grid, but began to slip back after reporting a vibration from his right-front tyre, which eventually deflated at the end of the penultimate lap.

Nathanael Berthon’s Audi finished fifth ahead of Tarquini’s Hyundai and reigning champion Yann Ehrlacher, who is now second in the standings, eight points behind Vernay.

The Cupra driver had passed Muller’s Lynk & Co when the Frenchman ran wide at Turn 1, but on the last lap the four-time World Touring Car Champion tapped the Leon Competicion at the down-hill Turn 8. Huff held a half-spin brilliantly to stay ahead of Muller. 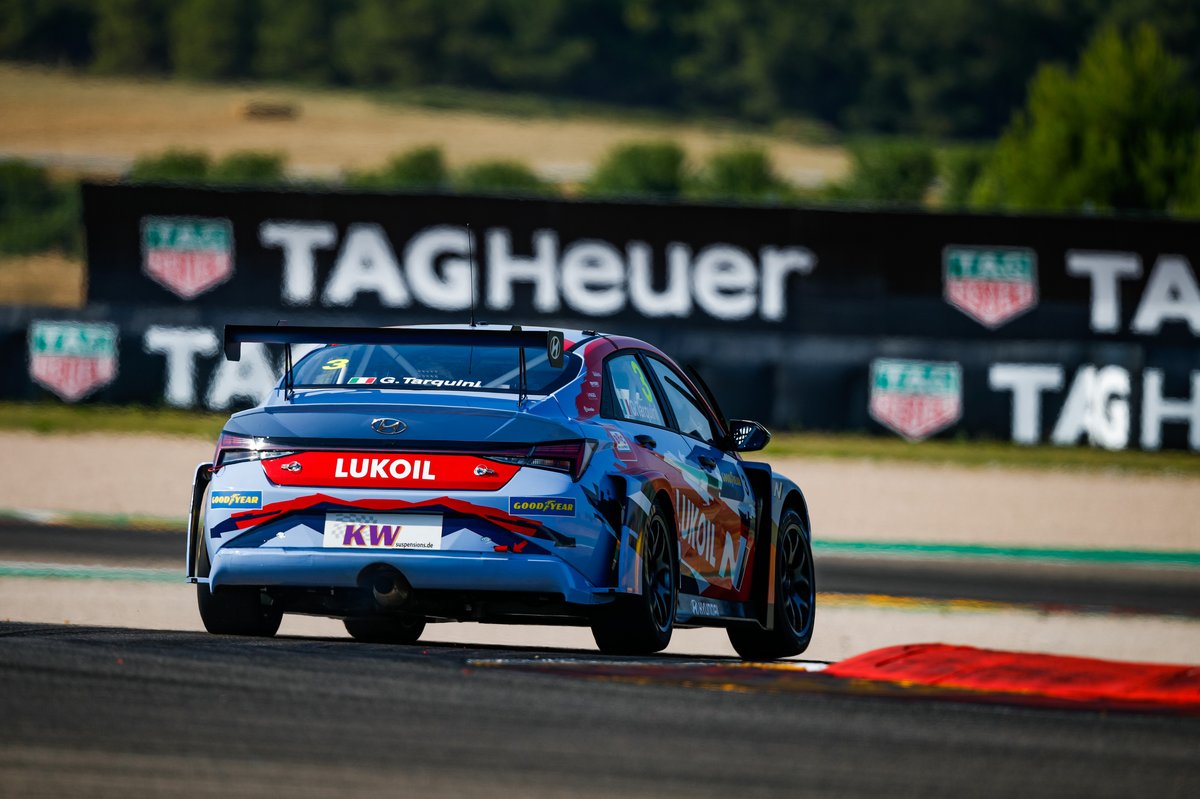 In the reversed-grid race one, Tarquini scored his first WTCR win for two years, leading all the way from pole position in his Hyundai to beat Spaniard Mikel Azcona’s Cupra.

Azcona, who stalled at the start of the second race from ninth on the grid, headed Coronel who secured a podium finish with a strong move on Ehrlacher.

The Dutch veteran took the outside line into the hairpin at the end of the long straight, which gave him the inside line for Turn 17.

The Munnich Motorsport Hondas, which had set the pace at the previous round at Estoril, suffered a disastrous weekend as 70kg of compensation weight left the Civic Type Rs qualifying and running towards the back of the field.

Esteban Guerrieri was the best of the quartet, finishing 15th in race one and 11th in race two.

Team-mate Attila Tassi, who won race two in Portugal, struggled after the connector to his fuel pump broke at the start of qualifying on Saturday and left him starting from the back for both races.

The FIA World Touring Car Cup has announced Bahrain and Saudi Arabia as the hosts of its final two rounds of the 2022 season.

The boss of the World Touring Car Cup has stated his hope that Cyan Lynk & Co will return next year, following its dramatic mid-season withdrawal over tyre safety concerns.

WTCR organisers have called Cyan Racing Lynk & Co’s withdrawal on the eve of the Anneau Du Rhin round “surprising but also very unfortunate” amid plans to solve the tyre issues.