The 24-year-old, who is in his third season in the BTCC, had taken two top-10 finishes in the opening pair of races in the Trade Price Cars Racing Audi S3, but ran out of road in the reversed-grid finale on the run from Tower bend to the Jim Clark Esses while battling for eighth place with Senna Proctor.

That forced Thompson onto the grass, where he slid sideways as far as the ploughed section of the infield, which launched him into the roll. Proctor himself was on a recovery mission, having lost third place in qualifying when his Excelr8 Motorsport Hyundai i30 failed the post-session ride-height check, and had just passed Thompson when the Audi driver attempted to retaliate.

“I tried to get a nose on the Hyundai, and he was coming across,” Thompson told Motorsport.com. “I had to take to the grass, tried to get back on the circuit, and found myself in the farmer’s field knee deep in mud.

“I’ve had some medical checks, but I’m not cleared yet for Snetterton [the next round on 24-25 October] – I’ll need to get checked and scanned this week.”

Thompson is leading the Jack Sears Trophy for drivers who have never taken an overall BTCC podium finish before the current season, and was on form at Croft. With previous team-mate James Gornall falling victim to budget problems and the team running only car at Croft, the team’s chief engineer Chaz Cleland was transferred onto Thompson’s Audi for the rest of the season.

Thompson’s regular engineer, veteran team manager and technician Malcolm Swetnam, will return to the fold to run the sister S3 for the final two rounds, where it will be raced by four-time Clio Cup champion Paul Rivett. 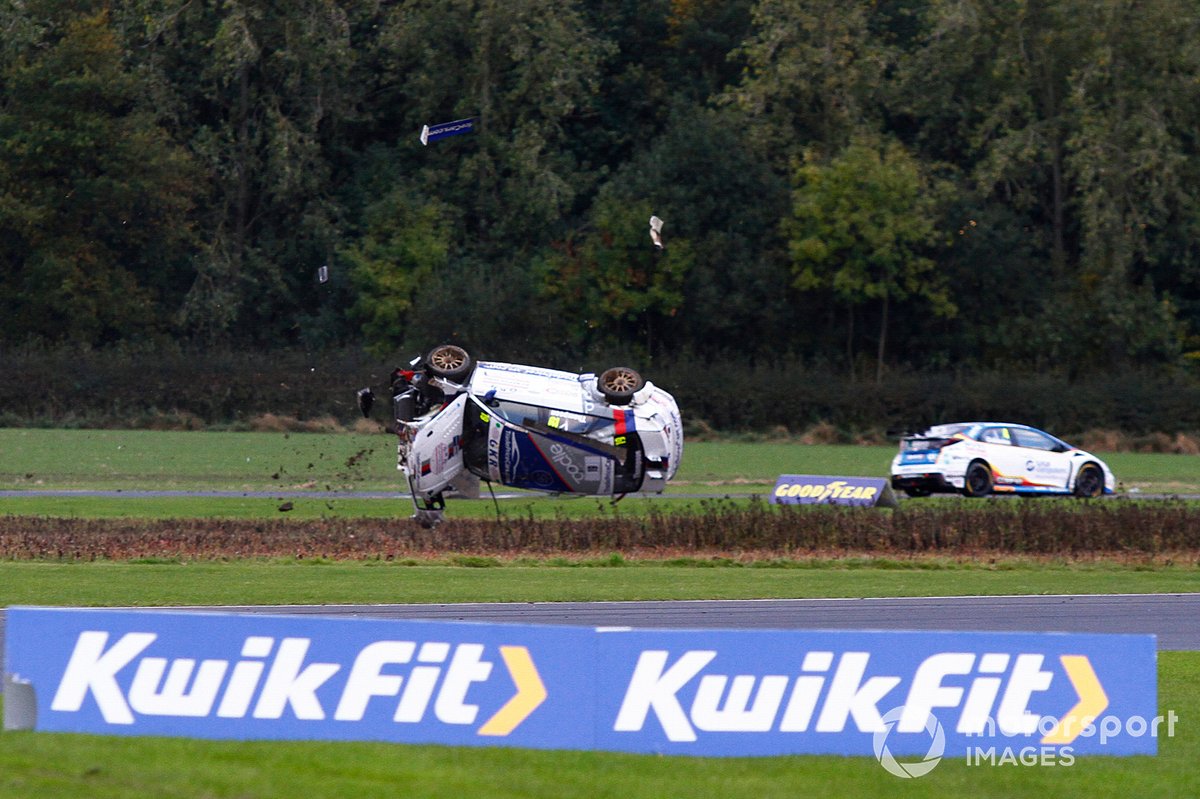 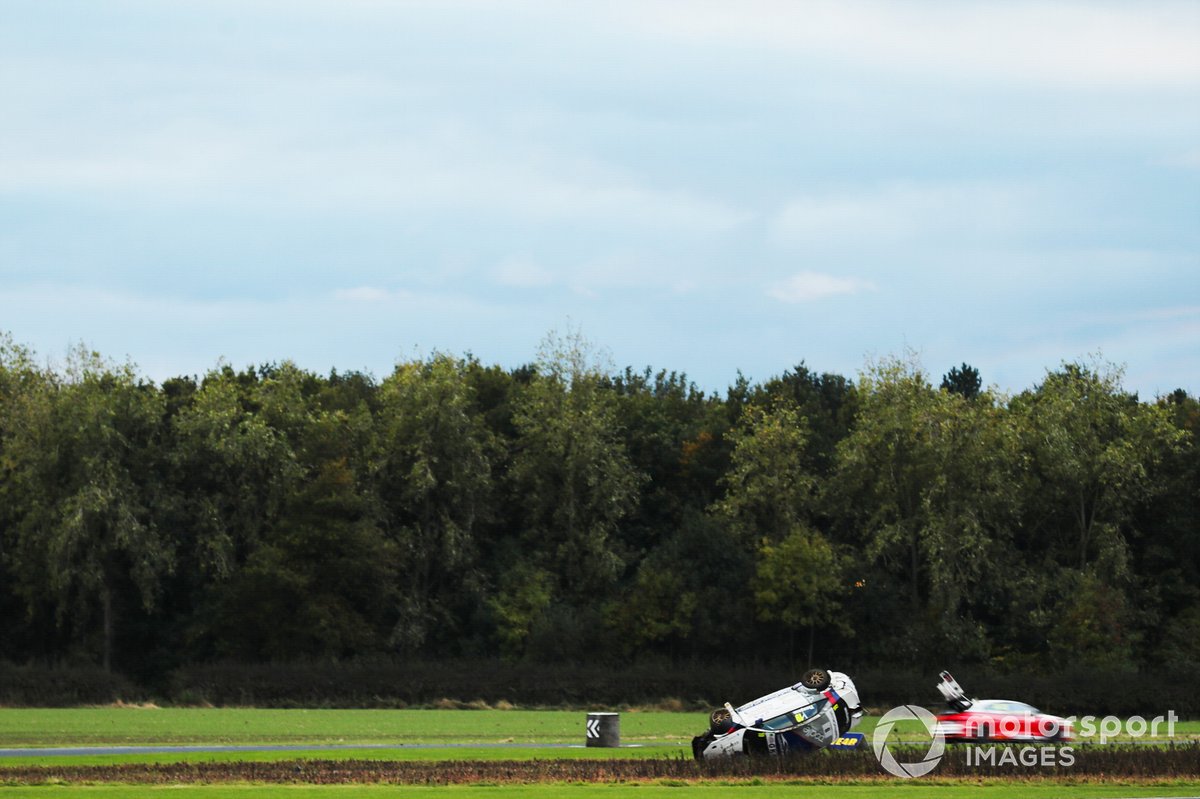 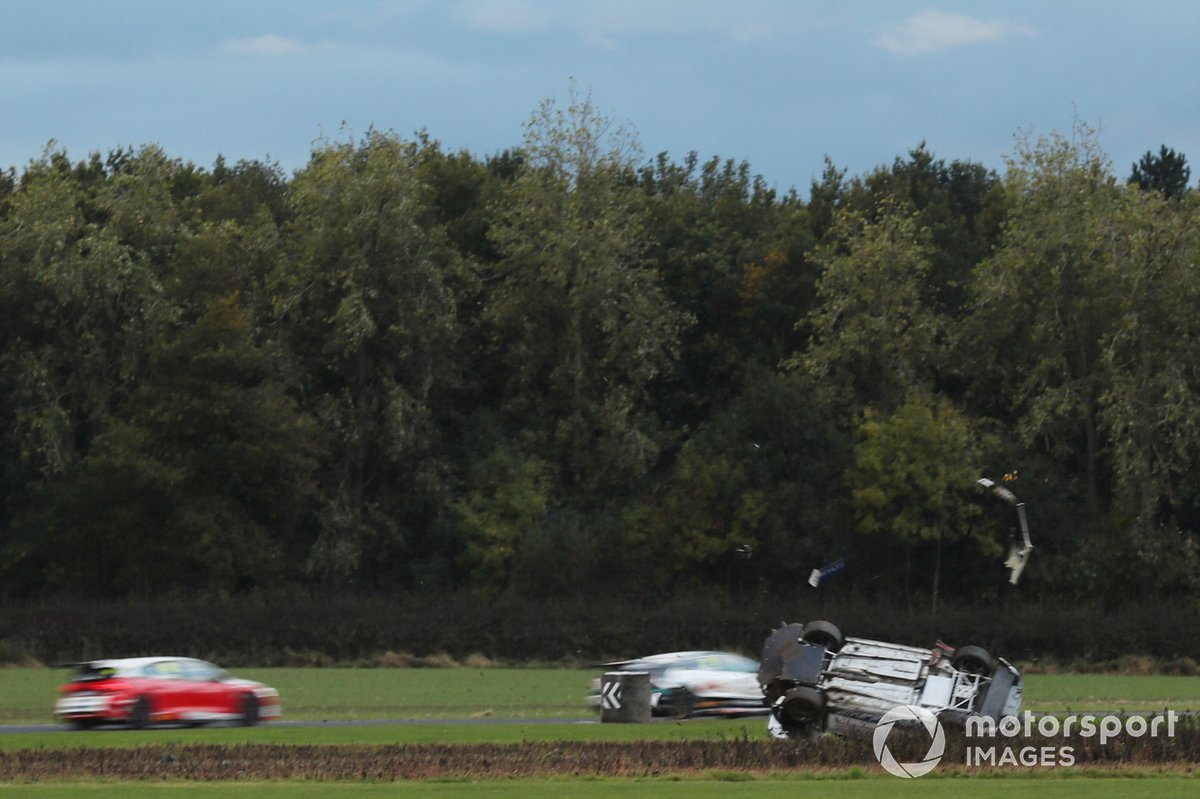 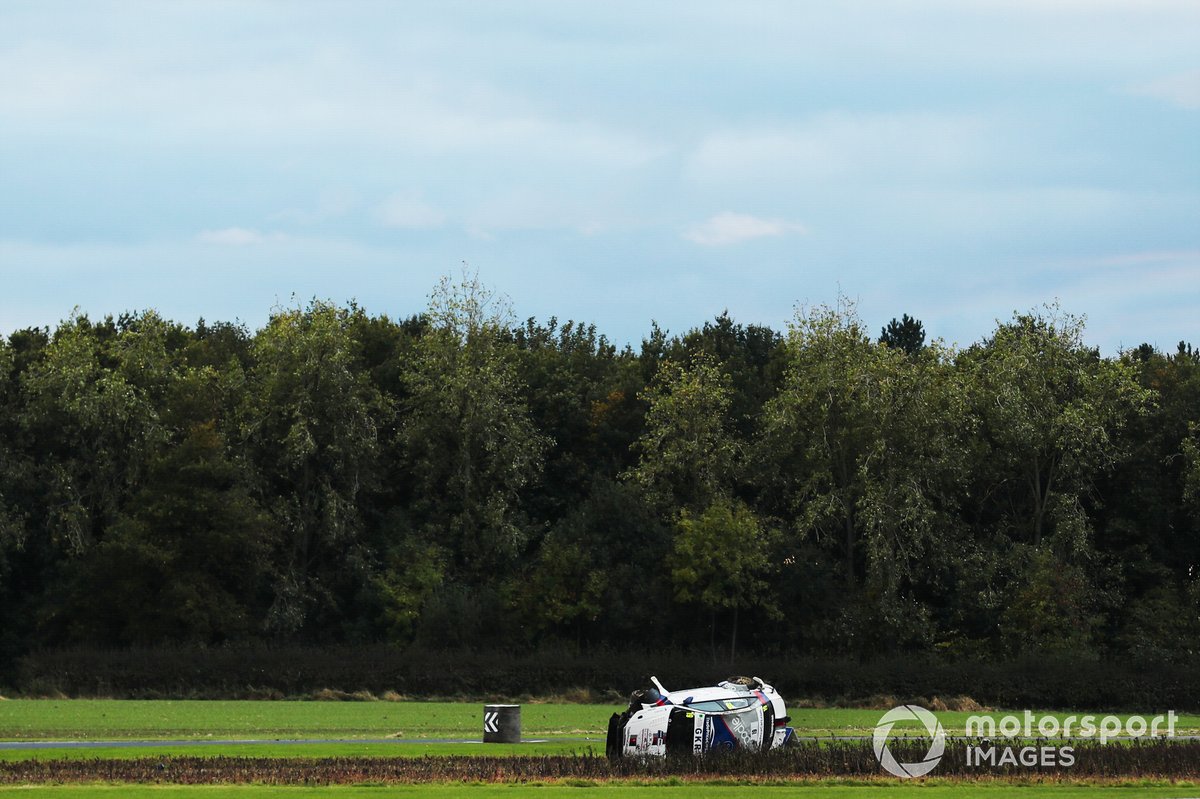 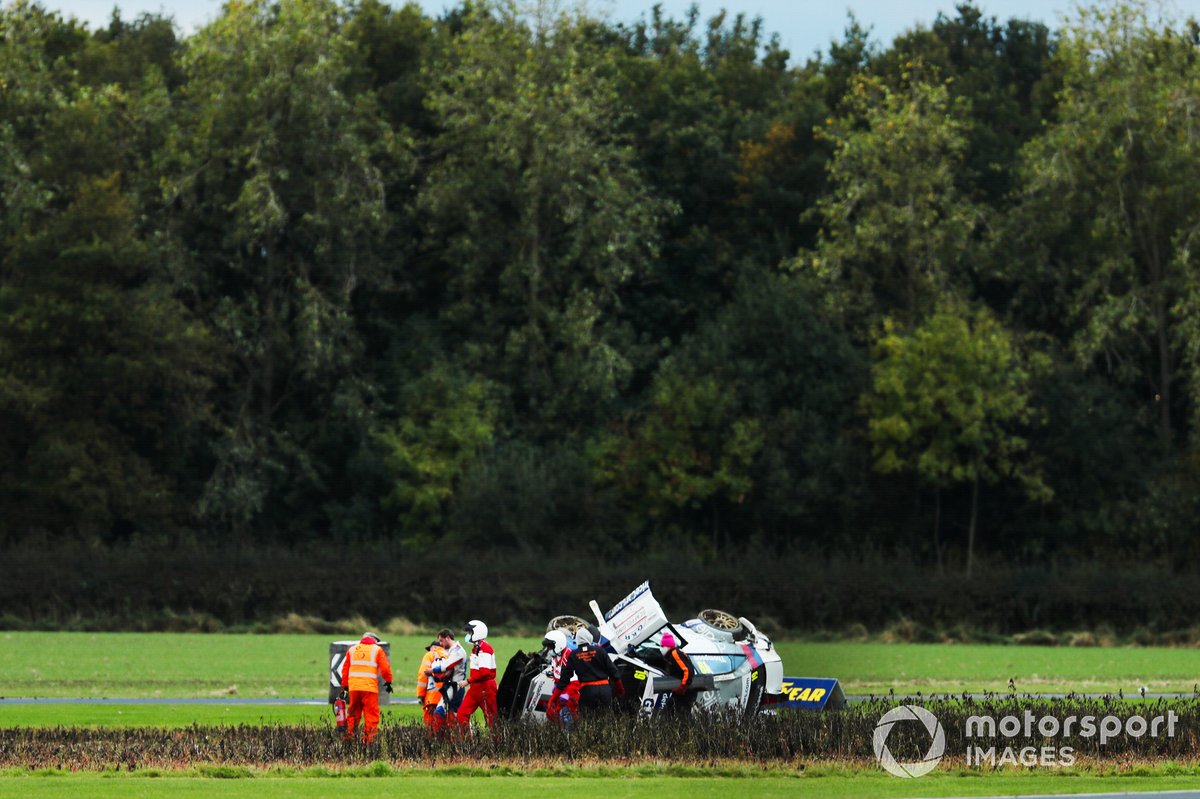 Thompson set a time good enough for pole position in Saturday’s qualifying session, but had that deleted for exceeding track limits at the Jim Clark Esses, although he still started the opening race from fifth thanks to his next-best time. He kept the pace up to finish eighth, and repeated that result in the second race.

“When we first rolled the car out we had the pace for top-five in free practice,” said Thompson. “To hold position was mega for a while, and then the manufacturer boys came past. I also knocked a wheelarch [the tyre rubbing causing smoke], but I was able to bounce it off a kerb and get rid of it!

“In race two I was able to hold onto the P5 train and sit on the back of the manufacturer boys.”

That form means that Thompson is confident of gaining the budget to complete the season.

“Our good start to the weekend means I think we’ll be all right for the rest of the year,” said Thompson, who had sponsors in attendance at Croft.

“Bobby had the best weekend I’ve ever seen him driving,” said Hollamby. “He was very relaxed, not getting stressed, and it was good to see him smiling all weekend.”