Aston squad proud of progress in "the F1 of touring cars"

The boss of the R-Motorsport Aston Martin DTM squad, Florian Kamelger, says he is satisfied with the progress his outfit has made in a series he has described as "the F1 of touring cars".

In its first season, the Swiss outfit has so far scored points in all bar three races with its quartet of Vantage DTMs, with its best results having been a pair of sixth-place finishes achieved by Jake Dennis at Zolder and Dani Juncadella at the Norisring.

Last weekend at Brands Hatch, it achieved another milestone as Paul di Resta registered the first laps led for Aston Martin in the first race after making a strong start from fourth on the grid, albeit the Scot was penalised for jumping the start.

Kamelger said the fact that three of his four cars started that race inside the top 10, albeit after qualifying in mixed conditions, was evidence of R-Motorsport's progress.

"We’re happy with every success we can possibly get," he told Motorsport.com. "That’s why leading 14 laps at the home race in Brands Hatch is absolutely fantastic.

"[The conditions] may have helped us but it’s certainly a step forward. Would we have been P4 and P7 [on the grid] in normal conditions? I can’t say, but we definitely wouldn’t have been P15, P16, which is why I think it’s fair to say we made progress."

While R-Motorsport came away with only one point in the Brands Hatch opener, Juncadella and Dennis finished eighth and ninth in the second race, although di Resta lost a strong shot at points with a radio problem that meant he pitted without his crew being ready. 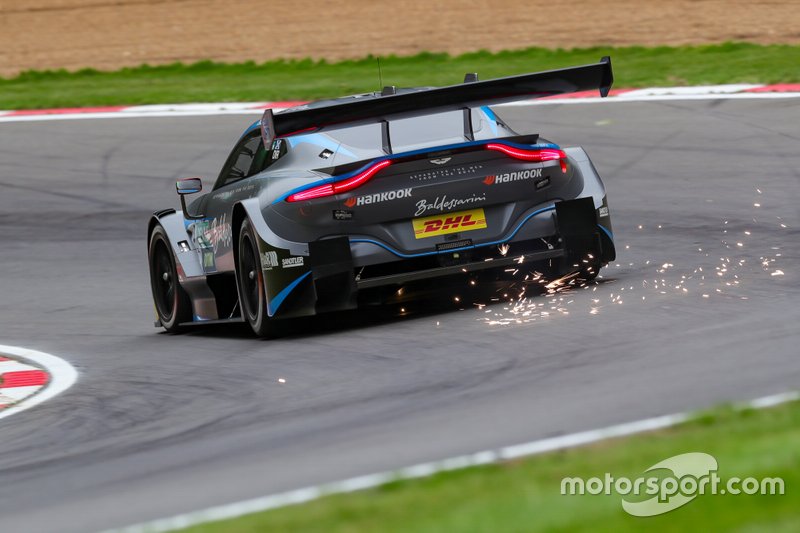 Kamelger added: "We've had our difficulties, our races where we struggled with the pace. But I think it’s [about] managing expectations also because it’s our maiden season in a bloody competitive environment.

"It’s the F1 of touring cars, it’s by far the most performing touring car series, very competitive, very tight between the different manufacturers. To be able to constantly to push for points with four cars, it’s nothing that doesn’t make me happy.

"At the beginning of the season it was crystal clear we wouldn’t win races, because if it was easy, somebody else could do it as well. The other two manufacturers [Audi and BMW] have such vast experience in this series. That’s why I’m happy with the maiden season [so far]."

R-Motorsport's Vantage DTM only made its on-track debut two months prior to the start of the season, months after Audi and BMW's new turbocharged contenders had begun testing, but was given special permission to catch up on the test days it had missed.

Kamelger was cagey on his squad's exact targets for the 2020 season, while also noting there are no current plans to expand beyond four cars.

"That has to be the goal, to be better and better," he said. "That’s what drives us and it’s why we’re here. I can’t get into [specific] expectations, because the successful teams in F1, it took them a while to get successful as well.

"I don’t want to give us pressure by saying we're going to win races in the second season." 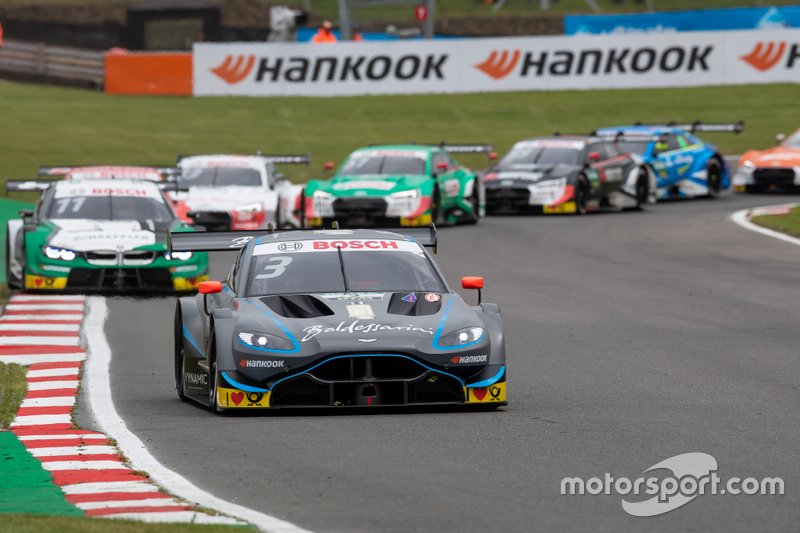