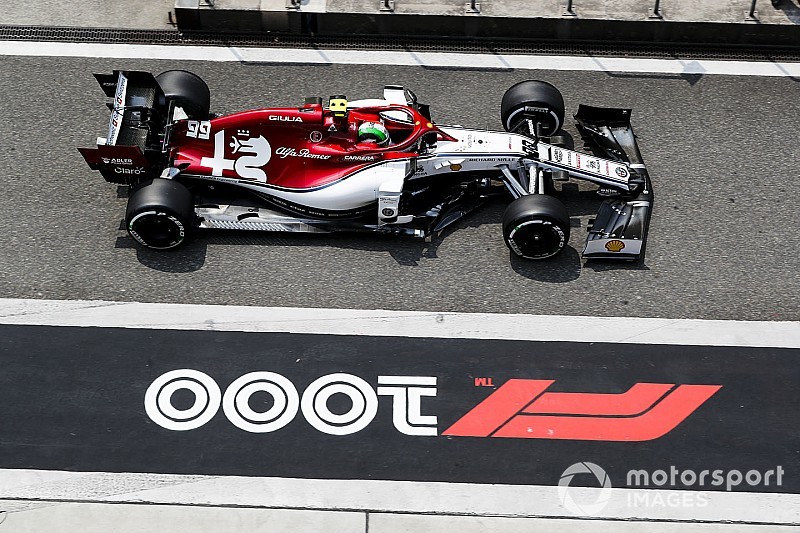 Alfa Romeo team boss Frederic Vasseur says a mistake in the installation of its Ferrari engine was the cause of Antonio Giovinazzi being forced to miss first free practice for the Chinese Grand Prix.

Giovinazzi was only able to complete an installation lap in the morning session before being stopped in the garage when the team discovered a fault that it had not detected during car build.

The team had to remove the power unit entirely and refit it before Giovinazzi could return to action in the second session.

Vasseur said: "We had an issue on the installation of the engine, and we had to pull away the engine. It was too long to do it during the FP1.

"It's a shame because it was a mistake and he missed the first FP1. It's so tight, so it's difficult to recover."

Vasseur said that the installation error had not caused any damage to the engine, but there was still some frustration at the lost track time for Giovinazzi, who is chasing his first points of the year.

"We couldn't run it like this and we had to stop," he added. "It's frustrating for everybody because from the beginning of the year he showed that the pace is there, that he was very fast in Melbourne in Q1, did a better lap time than Kimi's overall or was more or less the same.

"He did the race in Bahrain, the pace was there; in qualy, did a small mistake at the end of the lap but was a bit faster than Kimi. He's trying to put everything together and the team didn't help him today honestly, but it's not at all with Antonio."

Mercedes had to modify front wing after FIA ruling