Insight: The checks F1 made before its first standing restart

The German Grand Prix marked a first for Formula 1 last weekend, when the race had a standing restart following those early safety car formation laps. 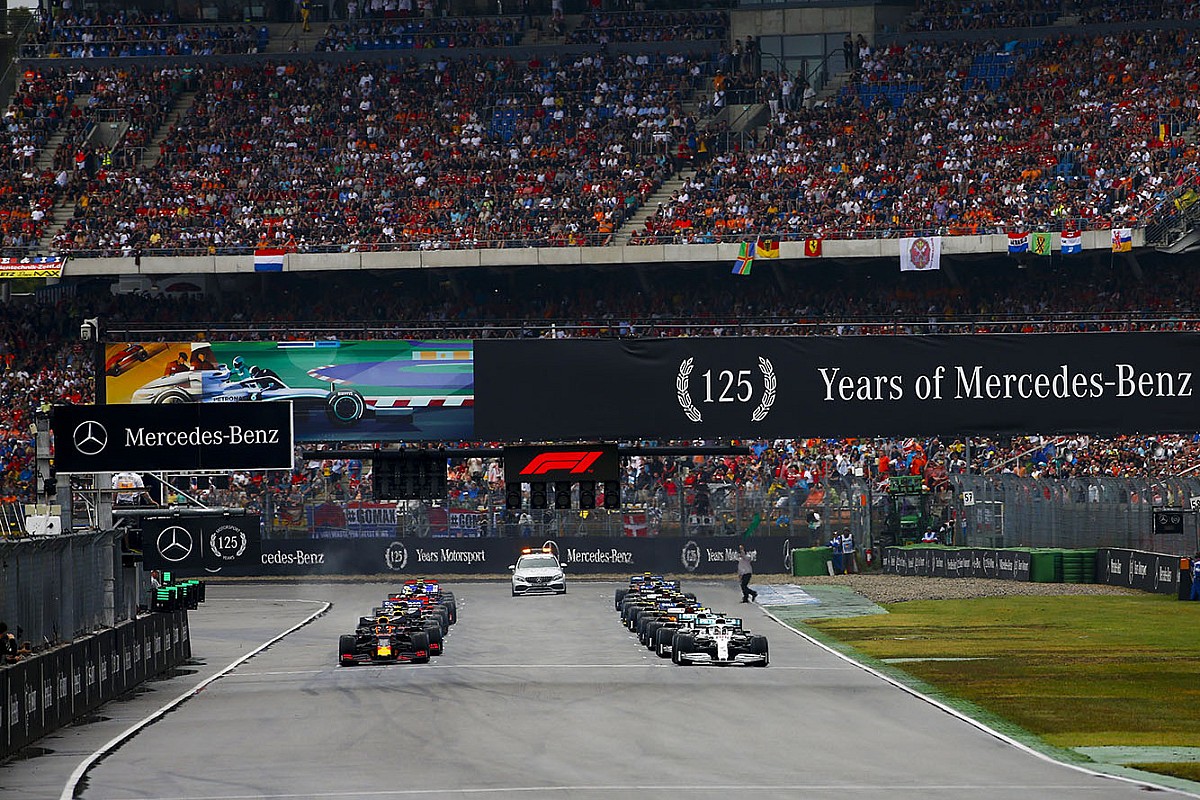 After years of fans being unhappy that the spectacle of an F1 start was too often taken away when wet conditions forced the safety car to come in to play, as long ago as 2017 the rules were changed to allow the option for a standing start in such circumstances.

Amazingly, the weather at races had meant F1 steered clear of such a scenario coming in to play before the Hockenheim event.

But while the option of a standing start was clearly there, F1 race director Michael Masi said it was only after checking track conditions with medical car driver Alan van der Merwe before the race, and listening to team radio, that he was comfortable enough to go ahead with the procedure.

“It was a fluid movement all the way through, judging upon the track conditions,” explained Masi about how he came to the decision for a standing start.

“We were judging them all the way through up until the 10 minute signal. So, what you probably are not aware of is that we sent the medical car out to do a few laps as well, with van der Merwe driving that.

“He did a couple of laps to give us his observations of how the track was improving or how it was changing, and then obviously we had the weather services.

“Then, between the four of us collectively in race control, as a team we split the driver radios between us to listen to what their feedback was and in general what they thought of the track as it was evolving.

“To be honest, with the way it was, it was in hindsight a very simple decision to go for a standing start.” 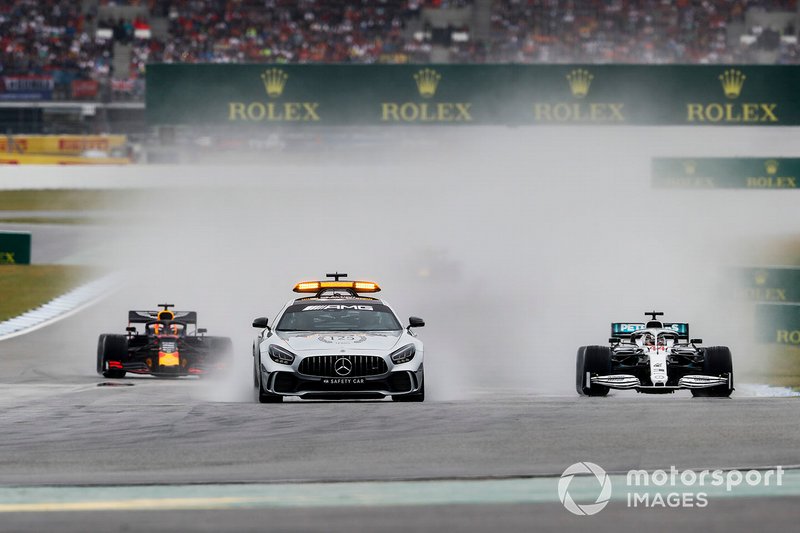 The decision to listen to the feedback from all drivers was important because in scenarios where track conditions are marginal, sometimes drivers are motivated by competitive instincts about whether they want a race to get going.

The leader, for example, may be cautious about letting the race start until conditions are very stable, while those further back will want it to get rolling when things are on the edge because there could be more opportunity for those ahead to hit trouble.

“That is why we split all 20 drivers between four people,” added Masi. “Then you get a pretty good idea when you are listening to all of them that if there is one extreme at one end and another at the other, then it is a different story. But if you have everyone saying the same thing then that’s good.”

The other issue that Masi was having to juggle was how much spray there would be once the racing got going properly. For while the track itself may not have had any standing water, visibility issues needed to be factored in.

Carlos Sainz was one driver who said that while drivers had been eager to get the race going earlier, the right call was probably made in terms of spray.

“It was on the limit because I couldn’t see anything going into Turn 6,” he said. “But we are Formula 1 drivers, and we behaved decently.

“We all know how risky it is and we all know it’s a 70-lap race, so I back everyone there and all 20 drivers. I would say good job because we all could see nothing, but came out of Turn 6 decently.” 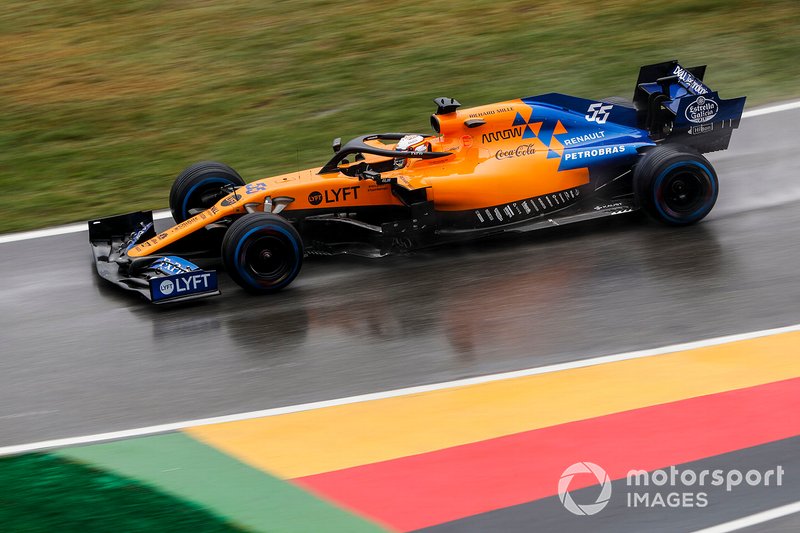 Masi added: “It [the standing start] has been in the regs, and it’s the first one we have ever done. There was some spray at the start but I think generally it wasn’t too bad.

“I think the laps we did behind the safety car cleared a lot of the general water around. And with the same type of conditions, same circumstances again, I don’t think there is anything we would do differently.”

Considering the scope for potential problems when a new rule is put in place for the first time, the German GP standing restart passed without major drama. 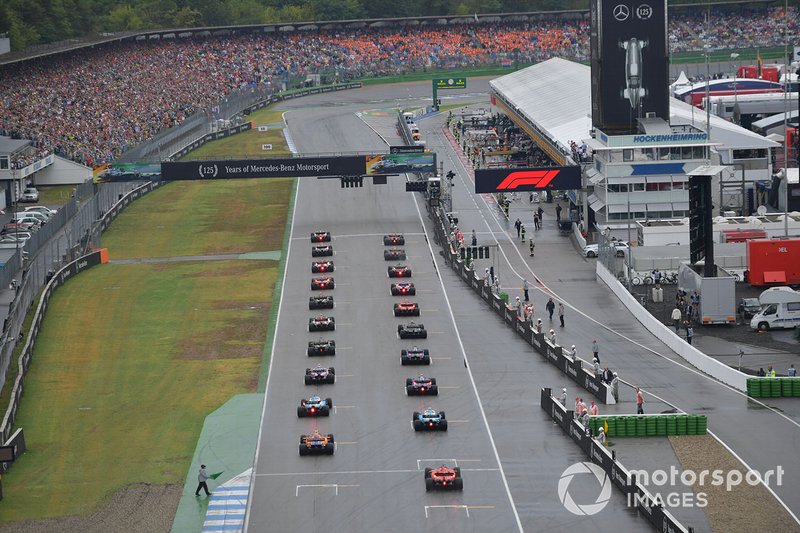 For Masi, he viewed what happened at Hockenheim as flawless; which suggests that there will be no concerns about repeating the standing restarts in the future.

“To be honest it worked out well, very well,” he said. “I think the way that the whole thing happened, shows that all our various briefings and tests and everything, they all happen for a reason.

“The biggest part was a couple of teams asked if they could remind their drivers they were on the same normal grid position, and we said that was fine. Outside of that, for the first time it has happened in F1, it went well.”

Promoted: How Bottas prepares to fight back