Renault will have a new engine test bench to use from next month which should provide the Formula 1 manufacturer better reliability validation and be compatible with more powerful engines. 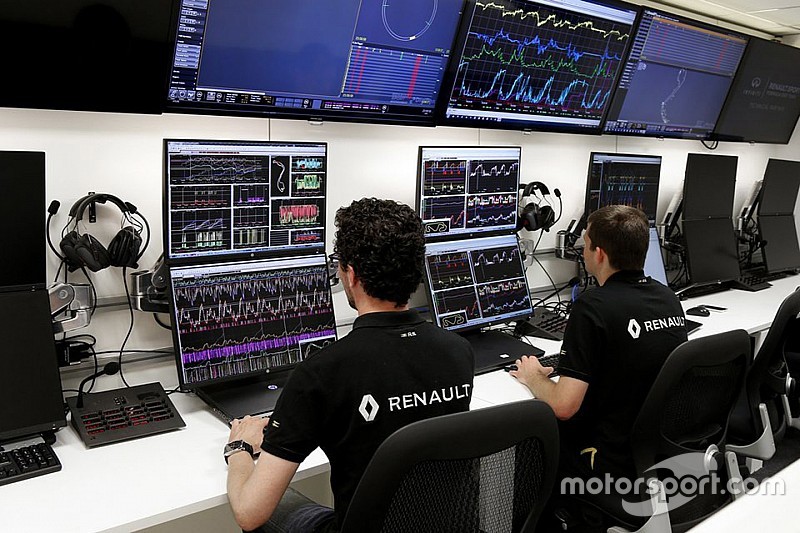 The company has lagged behind Mercedes and Ferrari in F1's V6 turbo-hybrid era but has been investing in a new test bench at its Viry-Chatillon facility in France, and building it over the last 18 months as it bids to catch up in terms of power and reliability.

Renault's new bench, which will be usable from February, will allow it to identify problems it would otherwise have only discovered when it is run on track in the real.

It can be adapted to test full powertrains with naturally-aspirated, turbocharged or electric engines, and is big enough to host a Formula E car.

"The idea is to make another step forward in terms of validation, with as many components that will eventually run on track as possible, shortly before the car itself actually runs", Renault's head of testing equipment development Laurent de Bailleul told Motorsport.com.

"This final stage of validation allows for better preparation before the first test. That's the real potential.

"With as many elements as possible, it's more representative. It's another step compared to how we already start the engine at the factory to make sure the car can actually start and run some laps."

"At the moment, we only find out about 'engine and chassis' issues when we're on track.

"Now, we'll see these issues a few weeks earlier, in Viry-Chatillon, so we'll be better prepared for the first test sessions, where we're supposed to be able to run and get mileage rather than encounter problems.

"[These] are sometimes very basic but can take time to be sorted on track and deprive us of running time, while test hours are limited daily and test days are limited yearly."

Renault is preparing to expand its 19,000-square metre Viry-Chatillon facility, which has been used to design F1 engines since the company first joined F1 in the late-1970s, by around 4,000-square metres.

That extension is where the engine assembly department, among other things, will be moved to.

The test bench also forms part of Renault's bigger picture, as it will also have the capacity to handle engines with greater power – should F1 pursue that with its 2021 rules overhaul.

De Bailleul said: "We're anticipating the equipment's obsolescence, as a test bench's average lifespan is about ten years, and this particular test bench was reaching the end. It was a good opportunity to launch this project.

"We also wanted to anticipate the regulation change in 2021. This bench will be more powerful and will allow us to test more powerful engines, in tune with the potential new rules for 2021 – I'm saying potential, as they're not confirmed yet."