Daniel Ricciardo says his Renault Formula 1 team needs "constructive criticism" rather than recrimination as it heads into the summer break well short of the targets it set this season. 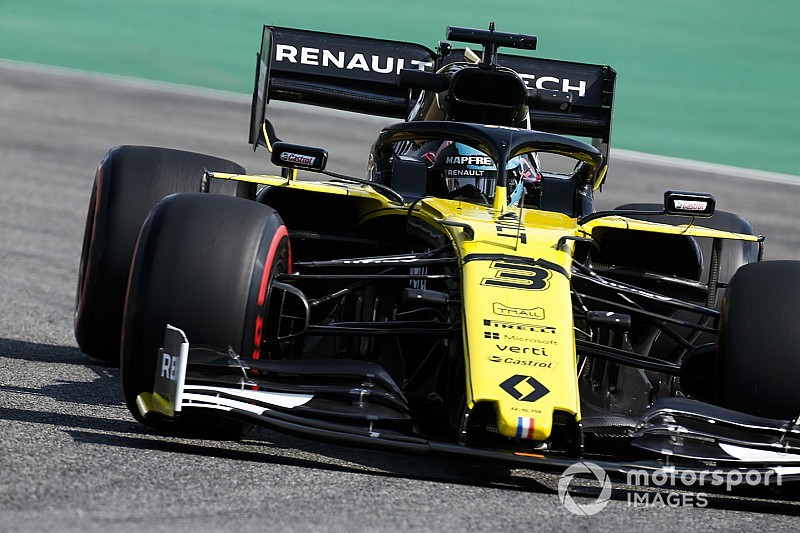 Renault's stated aims were to finish at least fourth in the 2019 constructors' championship on merit, and to close the gap to the leading three teams, but it currently lies fifth in the standings.

Last week Ricciardo's teammate Nico Hulkenberg hit out at what he called a "disappointing" rate of development.

But Ricciardo believes it's the responsibility of the drivers to manage expectations and show leadership away from the track as the team tries to resolve the weaknesses of its car.

"I'm always pretty positive and of course we want to be further up," he said.

"But I know that getting angry and frustrated and bringing that kind of atmosphere and that energy into the room is not always very productive. So I think it's for me to see the positives and to see the light.

"In a way, that's also part of my job, to keep everyone up and happy and for sure if we've got things to improve I will tell them what I feel I need to, but also it needs to be constructive."

The RS.19's principal shortcoming is its performance in long-radius medium-speed corners, which means its position in the pecking order is largely circuit-dependent.

Ricciardo and Hulkenberg slogged to 12th and 13th place in Austria at the end of June, then ran more competitively to seventh and 10th at Silverstone a fortnight later - and Hulkenberg could have done better still had his strategy not been compromised by the safety car.

Renault has also had to go back on several elements of a major upgrade package introduced at the French Grand Prix, since it failed to deliver the anticipated performance uplift.

In Germany Ricciardo qualified 13th but only missed the cut for Q3 by two thousandth of a second.

"Constructive criticism is important," he said. "We set a target at the start of the year and we haven't quite got there, and everyone already is a little bit - not down but they know we can do better - and I think we don't need to beat each other up any more.

"Let's keep going, find a way to make it better and just put that energy in the right places, not in the emotional places."

"I think the challenge is just to try and keep finding another level and keep pushing the team to extract that little bit more to jump ahead of the midfield battle.

"So that's a target for us, it's also a challenge. We'll do that, and then other than that just stay on it, keep everyone motivated."

Live: The German GP as it happened