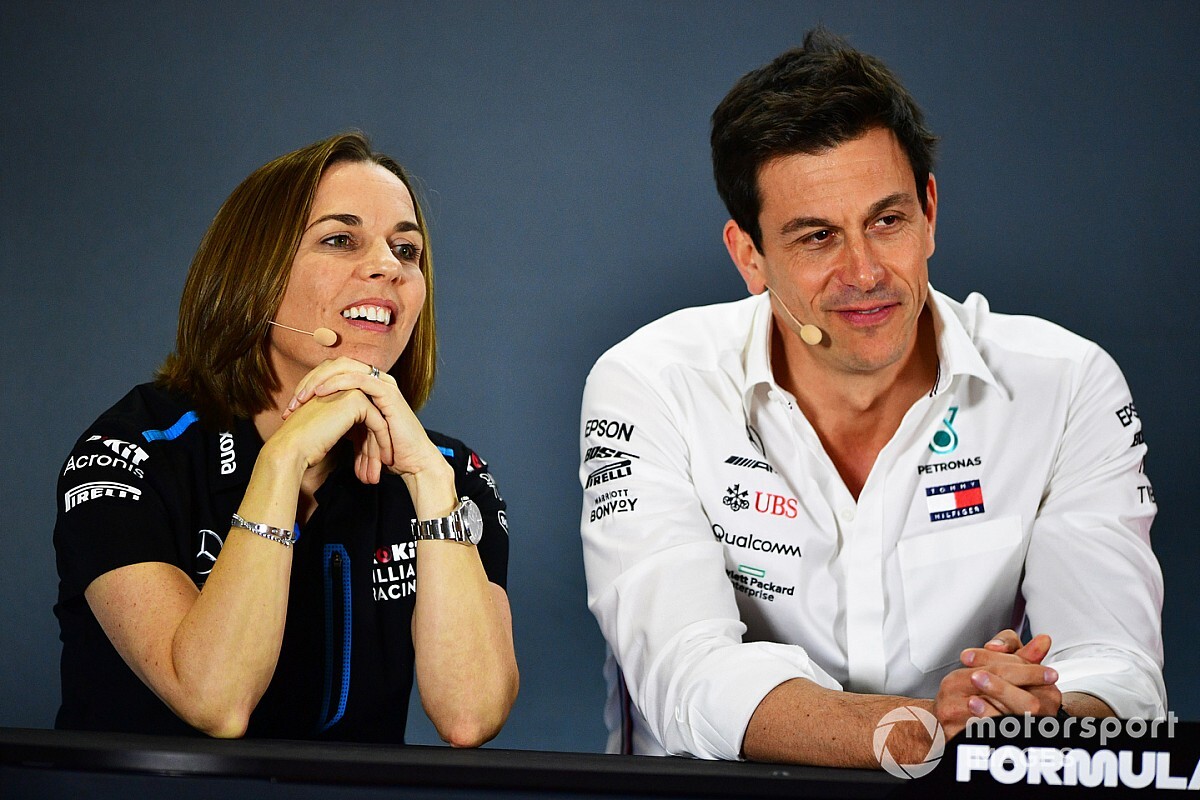 Williams has revealed that a shareholding in the Formula 1 team was returned to Toto Wolff as a result of a failed transaction, but he has not bought new shares.

False reports emerged last month that Mercedes F1 chief Wolff had re-purchased shares in the Williams after the team began a push to find fresh investment to secure its long-term future.

Wolff became a minority shareholder in Williams back in 2009 before becoming the team’s executive director in 2012, owning 15% of the team.

Wolff left Williams in January 2013 to become Mercedes’ head of motorsport and a shareholder in its F1 operation, and was required to divest his shares in Williams.

It was announced in March 2016 that Wolff had sold his remaining shares in Williams to American businessman Brad Hollinger.

But deputy team principal Claire Williams has now clarified that the sale of the final 5% of these shares was not completed on.

“The reports weren’t correct,” Williams said when asked by Motorsport.com about speculation he had bought new shares in the team.

“Toto, as everybody knows bought a shareholding a long time back now, back in 2009, from Frank [Williams] and Patrick [Head].

“He then obviously subsequently joined Mercedes, and as part of that move, he obviously had to divest his shareholding.

“Brad Hollinger, who is one of our minority shareholders at Williams and a non-exec director, bought the majority of those shares from Toto, but has not completed on that remaining 5%, so they have returned to Toto’s hands.

“Toto has not bought new shares in the business in the recent past or new past. It was just an issue with a transaction.”

Wolff has a number of investments in motorsport and the automotive industry, most recently purchasing a minority stake in Aston Martin following the takeover of the company by Lawrence Stroll.

Williams is on the lookout for fresh investment in a bid to secure its long-term future following the impact of the COVID-19 pandemic, and remains open to either a new minority shareholder or a complete takeover.

The team terminated its agreement with title sponsor ROKiT at the end of May, but Williams stressed this would have no bearing on its budget for 2020.

“We terminated it, yet we fulfilled all of our contractual obligations with ROKiT,” Williams said.

“Unfortunately it was a fantastic partnership for us at the beginning, and we’re incredibly disappointed that we’re in this situation.

“But it is what it is, and we have to move on, and we have some very clever people at Williams that manage our money.

“We’ve managed to secure the funding in order to keep us racing this year, so that doesn’t change.

“It has no impact on what we are able to do this season, whether that be with regards to the upgrades that we had planned.”