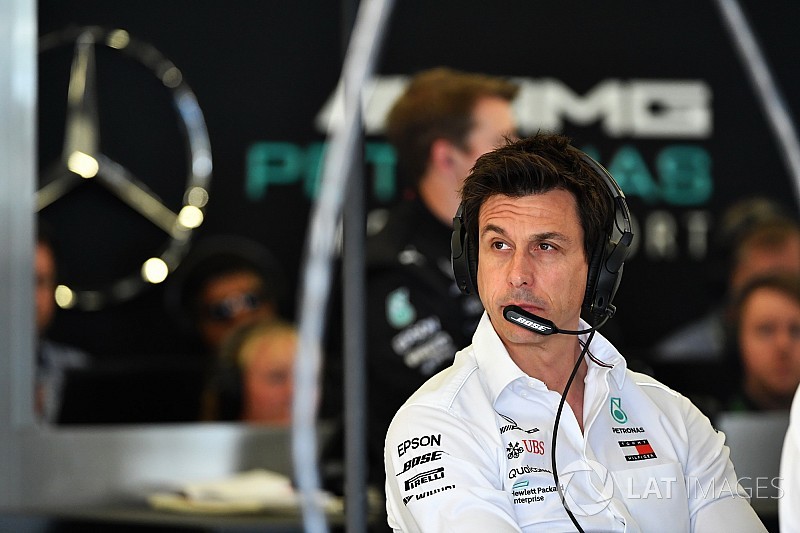 Toto Wolff has clarified his reference to Valtteri Bottas as Lewis Hamilton's "wingman" in Formula 1's Hungarian Grand Prix, insisting Mercedes does not favour one driver over the other.

Mercedes F1 team boss Wolff called Bottas a "sensational wingman" for fending off the Ferraris as Lewis Hamilton escaped to victory at the Hungaroring, leading Bottas to tell TV crews being described that way "hurts".

Bottas suggested he would seek talks with Mercedes over Wolff's comments, saying it remains too early in the season for him to be cast in a support role to championship leader Hamilton.

When asked by Motorsport.com how he would deal with that situation in the aftermath, Wolff moved to clarify his remarks.

"That's exactly why things that are not being discussed directly face-to-face are being completely spun out of control in the wrong way," Wolff said.

"In today's race, starting P2, after lap one, Valtteri's race was the perfect wingman race - and I don't mean it in championship terms, because we have no number one, we have no number two, but it was just how he was racing.

"It was, from my standpoint, the best race so far with Mercedes in the last three [two] years."

Wolff said Mercedes was "surprised" Bottas managed to keep the Ferraris at bay for so long.

"We were surprised he managed to hold Sebastian and Kimi behind for 25 or so laps and we knew the last five laps would be really critical.

"The bittersweet feeling I have is that he would have deserved to finish P2 – where he has started and where he was after lap one.

"But, are you saying maybe the word wing man doesn't do him justice? He just drove a sensational race and helped Lewis, in a way, to build the lead."

Bottas subsequently back-tracked on his own remarks, posting a message of support for Wolff and Mercedes on social media.

"I have not called a meeting with the bosses for Toto saying I was the perfect wing man in this race," read the statement.

"There is no need to. I was disappointed with my end-result in the race and saw everything in a negative way for a moment.

"I know what he meant. And he would have said the same about Lewis if he'd be in same situation and had a similar race.