Subscribe
Previous / Mercedes: Low-downforce choice would have been slower for us Next / Grand Prix qualifying results: Verstappen on pole for French GP
Formula 1 News

Mercedes Formula 1 team boss Toto Wolff says comments he made suggesting he could delay making a 2022 driver choice until the winter were a "wind-up".

Wolff had said in an interview provided to media by the FIA that it was possible for the world champion team to delay making a final call on whether or not to retain Valtteri Bottas.

Asked about the timing of a second driver decision if Lewis Hamilton was definitely staying, Wolff had indicated that the team was in no rush.

After giving a cheeky first response about waiting until ‘somewhere in the winter’ he was then pushed to clarify if the team would really wait that long.

He responded: “It is highly possible because we have always been committed and loyal to the drivers. And this is what we're doing.” 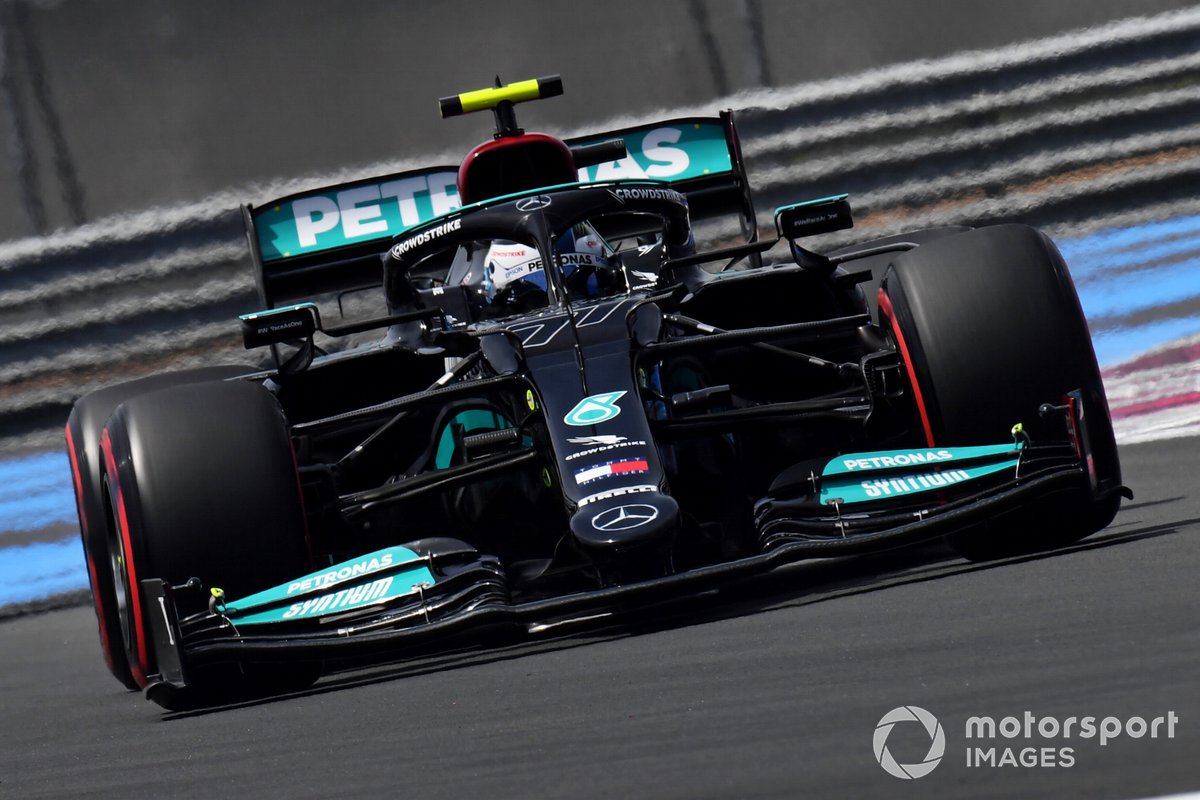 But speaking after qualifying for the French Grand Prix, Wolff revealed that he had actually been joking when he made the comments.

He suggested he had said it as a means of hoping to stop being asked repeated questions about the timing of the driver call.

“Yes, it was a wind-up," he said. "Because you get asked this question so, so often."

But although Wolff may not then wait until the winter, he has indicated that he still wants to take a bit more time to decide what to do because he needs to make the right call.

Asked about what the delay was, knowing full well what both Bottas and George Russell are capable of, Wolff said: “[They are] two drivers that still can have a great career in Formula 1.

“And I want to just see Valtteri's full potential this year. And continue to observe George in driving for Williams and handling this situation.”

Wolff welcomed the fact that Bottas had returned to form in France after an especially difficult Azerbaijan Grand Prix, as he said the Finn had everything in his hands to keep his seat for 2022.

“I’m very happy. I think he's in a good head space,” said Wolff. “We had a good discussion last week and he knows that it's all in his hand.

“And that's good news because he's in control of his destiny and it's only about driving this car fast.”

Alonso's pushy trait a boost for me, says Stroll