Sebastien Buemi says his two-year win drought in ABB FIA Formula E makes him "sad", especially because he feels like "this year I deserved one, at least". 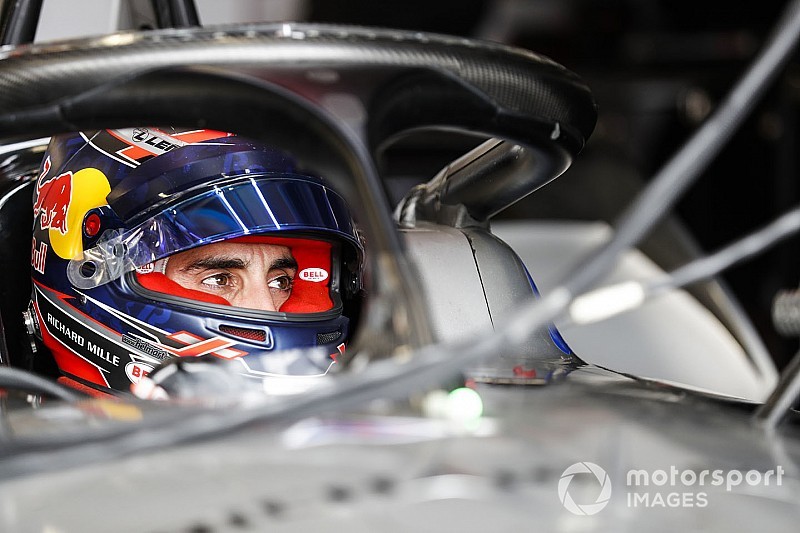 The Nissan e.dams driver has not won an FE race since the second Berlin round of the 2016/17 season on 11 June 2017, although he actually finished second on the road in that event but won thanks to a time penalty given to Felix Rosenqvist.

Buemi has scored two pole positions this season, and was in victory contention in Santiago and Paris, but he crashed out of the former due to a suspected software glitch, and dropped down the order in the latter with a puncture after contact with eventual winner Robin Frijns.

"I'm sad – sad because I feel like this year I deserved one, at least," Buemi told Motorsport.com regarding his lack of recent FE wins.

"But motorsport is like that – you fall down, you get back up on your feet and you push hard, and eventually it's going to happen."

Buemi still holds the FE record for most wins, with 12, but Lucas di Grassi is now just two behind him after the Audi driver won last time out in Berlin.

When asked if he was concerned about losing that accolade, Buemi said: "No, because we've just had five seasons in the championship, so I don't really think about those things.

"But records are there to be beaten and he's done an amazing job – he deserves it."

He is 41 points adrift of current leader Jean-Eric Vergne, and Buemi concedes he now "cannot come back" in the drivers' championship.

But he vowed to "push hard" in the remaining three races of the season to help Nissan in the teams' championship, starting with his home race in Bern – the second new FE event in Switzerland in two years – which will take place this weekend on a fast, flowing and undulating 1.7-mile track in the de facto Swiss capital.

"If we keep pushing, everything is open, especially for the teams' championship," he said. "The drivers', with what happened in Paris, without Paris it would look a bit different, without Santiago as well. But it's like that, we cannot come back."

The "big relief" that soothed a motorsport giant