Fenestraz drove for Jaguar in last year’s rookie test in Marrakesh, setting the 10th-fastest time overall and outpacing the British outfit’s other tester Jamie Chadwick by over two tenths.

The Frenchman takes over reserve driver duties from Tom Blomqvist, who joined Jaguar in the middle of last season and was called up when James Calado had to miss the final two races in Berlin due to clashing commitments in the FIA World Endurance Championship with Ferrari.

But with Blomqvist having left Jaguar to become one of the NIO 333’s full-season race drivers alongside incumbent Oliver Turvey, Jaguar has had to recruit its third reserve driver in two years - after its original signing Alex Lynn left to join Mahindra Racing mid-season in 2020.

Fenestraz was originally due to take part in SUPER GT's pre-season test at Okayama on March 6-7 but has been unable to reach Japan in time to serve the mandatory 14-day quarantine, leaving him free to complete his reserve driver duties with Jaguar.

“I thoroughly enjoyed my time with Jaguar Racing in Marrakesh last year – to now be the reserve driver for this iconic brand and alongside one of the strongest driver line-ups in the world championship is a big moment for me,” said Fenestraz.

“Formula E offers a challenge very different to anything I have raced in before and I can’t wait to support the team and return to the electric racing paddock.”

Jaguar said that Fenestraz will support the team in the Diriyah E-Prix and a number of other rounds that will be announced at a later date.

“It is great to have Sacha joining us as reserve driver,” James Barclay, Team Director Jaguar Racing said.

“He is a young, talented driver who has a great character and is really enthusiastic about this opportunity, he will be an important addition to the team. We were impressed with his approach and performance in the the one-day rookie test in 2020. We are pleased to have him join the team.”

Fenestraz was a member of Renault's driver academy in 2018 but was dropped after a single season in European F3 due to a lack of results with an underperforming Carlin team.

With little budget to continue in Europe, and faced with the prospect of quitting racing altogether, Fenestraz moved to the Far East in 2019, signing up for a twin programme in Japanese F3 and SUPER GT’s secondary GT300 class.

The move to Japan immediately yielded success, with a dominant title run in Japanese F3 and a podium in GT300 earning him a factory Toyota contract for the following season.

Now in Japan’s two biggest categories, Fenestraz finished fourth in SUPER GT’s GT500 class with as many podium finishes, while a maiden campaign in Super Formula returned a rostrum result and a 13th place finish in the championship.

He will remain with Toyota in Japan in 2021 but will replace new Envision Virgin driver Nick Cassidy in the #37 TOM’S GR Supra, moving over from the team’s sister car. In Super Formula he will remain with Kondo Racing for a second season.

Jaguar’s recruitment of Fenestraz as a reserve driver follows the Tata Motors-owned automaker’s decision to become an all-electric brand by 2025, boosting its chances of staying in Formula E for the Gen3 era from 2022/23. 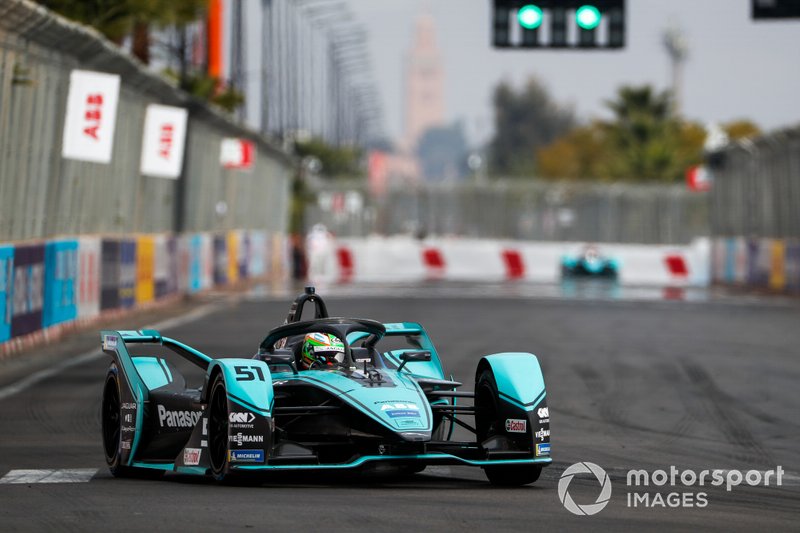