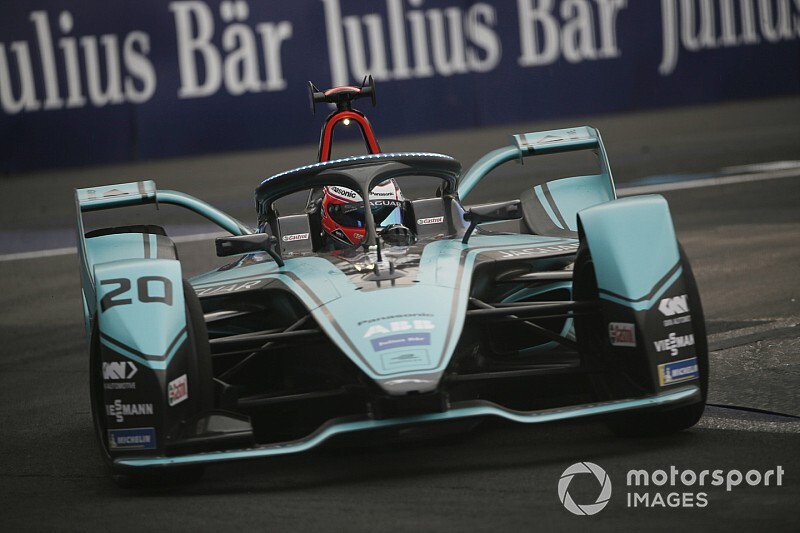 Jaguar driver Mitch Evans says removing two chicanes from the Mexico City circuit is an example of the characteristics of Formula E street tracks being lost as the series evolves.

At the Autodromo Hermanos Rodriguez, a chicane has been removed from the back straight as well as the Peraltada final corner to create the fastest turn on the FE calendar.

This follows a move from both the FIA and FE to remove chicanes for season six after a spate of high-profile crashes at these corners during 2018-19.

This move was praised by drivers ahead of the previous round in Santiago, with Mercedes driver Stoffel Vandoorne saying the elimination of a chicane created “one of the most tricky corners of the season”.

But Evans reckons the step has been less successful at the Mexico venue – which is a purpose-built facility, something FE is increasingly using, although not via traditional tracks – and risks jeopardising the nature of FE street racing.

He told Motorsport.com: “I always like a chicane. Maybe last year they were a bit tricky, maybe they made the overtaking a little bit more difficult.

“But we didn't have any pile-ups so I didn't see the need to change it.”

With Porsche joining the FE grid for the 2019-20 season, the Mexico City track had to be extended to use more of the Formula 1 configuration to meet FIA homologation requirements for a 24-car field.

“I really enjoy the chicanes so it's a shame that we're going to be losing them because I feel like it's really a fundamental part of a street track,” Evans said. “Now we've completely lost them.

“I hope it's for the better and the layout we're going to use is going to be beneficial but we're not going know that until the race.”

The modifications to the track were designed in tandem with the informal FE drivers’ association, which includes Lucas di Grassi, Oliver Rowland and Jerome D’Ambrosio.

Di Grassi told Motorsport.com: “[The changes] actually were proposed by us – the drivers' committee – to remove all the chicanes.

“Mexico, it's really, really cool. It looks much better. There is more overtaking points, it's more technical to drive, you have the fastest corner of the history of Formula E, highest top speeds. I approve.”