Evans: Formula E qualifying "the fairest it can be"

FE changed its group format for the current season with first-on-the-road group one made up of the top five drivers in the championship.

Certain tracks, such as the one used in Santiago race, have had dramatic track evolution that meant drivers in the later groups had an advantage in the fight for Super Pole.

Drivers such as reigning champion Jean-Eric Vergne and his DS Techeetah teammate Andre Lotterer have criticised the format. But Rome E-Prix winner Evans spoke out in favour of it during the pre-event press conference for this weekend's Paris race.

"It’s a very mixed view from all the drivers but I think it’s fair," said Evans. "I know some will disagree with that. I was in group one in Marrakesh and many times last year. Unless we do a lottery or something like that… it’s never going to be perfect.

"With four groups, there are always going to be differences, but I’m in group one this weekend and I won’t whine if I’m last. OK, I might have a little one!

"What else can you do? You can’t let the guys who are last in the championship go first because it’s going to be an even bigger disadvantage. Unless we change the format and have two groups - split the field in half - I think for the moment it’s the fairest it can be."

McNish: Drivers should just "get on with it"

Audi team boss Allan McNish said that drivers should "just get on with it" and not complain about the qualifying format when quizzed on the topic by Motorsport.com.

“The part where it is equal is that everybody knows the regulations. And it’s basically good to be in group one, because that means you’re in the first five in the championship.

“It’s a penalty in terms of your positioning most of the time for qualifying, but it actually means you’re right in the hunt for the championship. So, it is a wee bit of a double edged sword in some sort of ways. But it is what it is, we have to contend with it – as a team we’ve got to contend with it.

“As drivers they have to contend with it and just get on with it because that’s what it is, not pushing or complaining about it.” 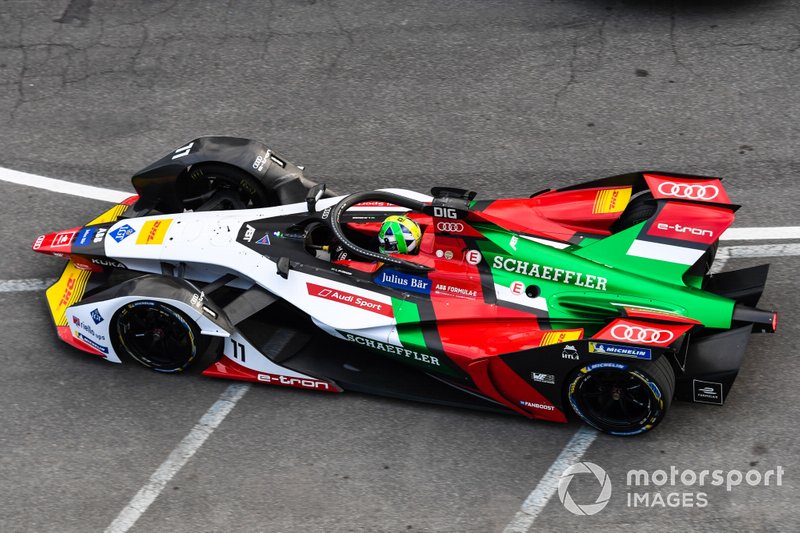