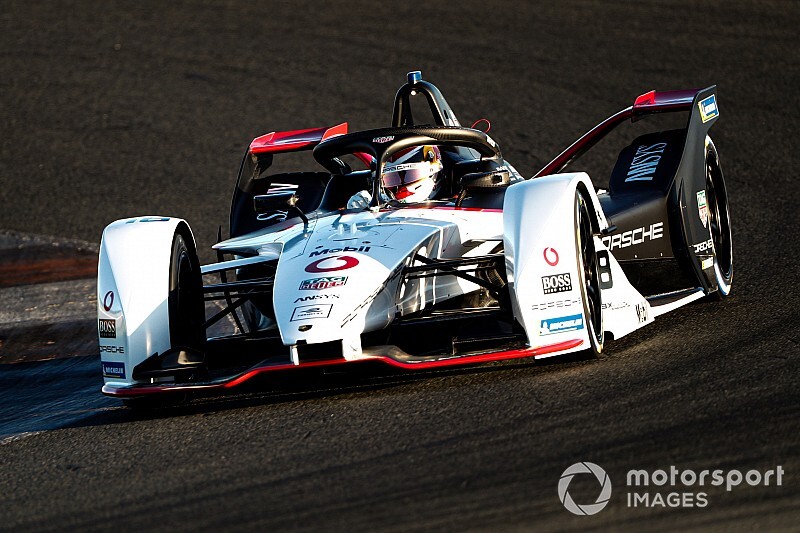 Neel Jani thinks the season-opening Formula E round in Riyadh could be a “tough one” for Porsche as it makes its category debut at a track familiar to its rivals.

The 2019-20 championship gets underway with the two races in Saudi Arabia on Friday and Saturday this week, with Porsche and Mercedes making their long-await FE bows.

Mercedes will be able to lean on the data gathered by its HWA forerunner squad last season, where the Diriyah track featured on the FE calendar for the first time.

Porsche did not have a feeder squad and Jani reckons the advantages other teams picked up from the Riyadh race in 2018 – which was followed by a test day – could work against Porsche ahead of its debut.

“I think that will be a tough one for us,” Jani told Motorsport.com. “[That’s] because it’s a track everyone has raced on and tested last year. So that means it’s harder for us, just because we have zero data. It will be a tough learning curve in the first race.

“Then going from there on it will get a bit easier for us – especially when we go to a new track for everyone.”

Jani explained that ahead of its first FE race, Porsche is “still in the process of trying to understand” its 99X Electric package, and highlighted the importance of learning the new category at a sensible pace as key to the team’s progress.

“Because once we understand what we have and what we need and how can we achieve what, that’s where we see where we end up,” he added.

“But if we do it in an unstructured way right now, by saying we ‘Oh need time’, then suddenly we might lose some overview.

“That’s why I’m saying [there is] a lot of work to do in a structured way for ourselves, which is step-by-step and not try to leapfrog any learning process.

“[In] Formula E it’s the details [that are crucial] – you miss one detail you have to learn again and we are a new team and the others have already done some learning process.

Jani was also part of the team that developed Porsche’s ultra-successful 919 LMP1 car ahead of its World Endurance Championship debut in 2014.

When asked to compare Porsche’s current FE preparations with that process, he replied: “Six years ago when we first sat in the 919 the first time we were like ‘Man, that car vibrates so much we cannot drive it for more than one stint for the moment’.

“Then we were like ‘how is that ever going to work?’

“Now obviously we’re not at that stage here, I think we’re further, that’s a good thing, and we need to be otherwise we’re in trouble.

“[The 919 development] is a good example of how we developed everything step-by-step and that’s what I know will be same way here. That’s the strength of the group normally.”