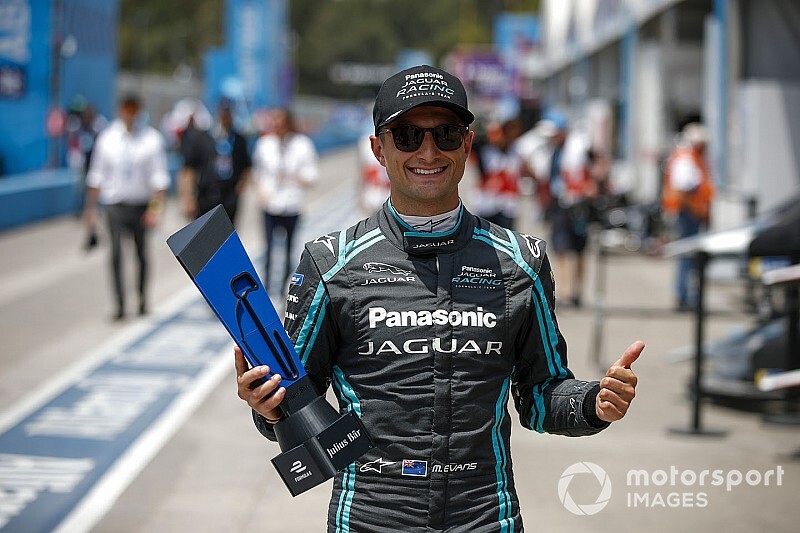 Jaguar’s Mitch Evans claimed pole position for the Santiago E-Prix, the third round of the 2019-20 season, by topping the superpole session on Saturday at the O’Higgins Park venue.

The GP2 race winner topped group three to move into the superpole shootout and then set a 1m04.827s to beat BMW Andretti pilot Max Gunther to the top by 0.275s. Evans was last to run of the top six but pulled out an exceptional final sector that was fastest by 0.22s to storm to pole.

It had looked as though Gunther would grab his maiden series pole, having found 0.2s in the first and last sectors to move into the provisional lead by a massive 0.543s over Pascal Wehrlein.

The Mahindra driver was the first to run in superpole and posted a lap time slower than the group stages – only 12th quickest – thanks to the lack of a warm-up lap.

Behind a strong lap for the Venturi of Felipe Massa, Oliver Turvey lines up for the race in fifth, having progressed through group four thanks to an impressive final sector in his unfavoured NIO 333 machine.

A slow final two sectors meant Sebastien Buemi was a muted sixth for Nissan e.dams, having made his way with third in the final and fastest group stage.

Venturi’s Edoardo Mortara was an unlucky casualty and the first to miss out on the superpole shootout. He was forced to pull out a stunning recovery on his flying lap – enough for him to provisionally sit on pole – after a hold-up with group two rival Robin Frijns.

A massive rear end snap under braking spun Frijns around on the approach to Turn 1, where he was lucky to miss the tyre wall on the inside. As he rejoined, the Envision Virgin Racing driver delayed Mortara by around 0.4 seconds. Despite a strong final sector, it still cost the former DTM driver his spot in the shoot-out for pole.

It meant both of the Venturis – which use customer powertrains – beat their Mercedes donors as Nyck de Vries led teammate and group one candidate Stoffel Vandoorne. Antonio Felix da Costa rounded out the top 10 ahead of his DS Techeetah stablemate Jean-Eric Vergne.

Neel Jani was the fastest Porsche in 11th. He beat Daniel Abt, Andre Lotterer and points leader Alexander Sims.

Wehrlein’s teammate Jerome D’Ambrosio suffered a powertrain failure exiting the final corner and so crawled across the line to just 20th.

Frijns’ Turn 1 mistake dropped him to 21st ahead of Nissan driver Oliver Rowland. The latter suffered a virtual carbon copy of Ma Qinghua’s practice shunt – losing the car on the run to Turn 5 and nerfing the wall. Rowland was on his flying lap just ahead of Lucas di Grassi on track.

The crash delayed the Audi and then di Grassi compounded his woes in his efforts to regain the lost time. He arrived too fast into Turn 9 and was too deep to take to the exit road and so nosed into the exit barriers. By the time he rejoined, all di Grassi could manage was 23rd – 13 seconds off the pace.

After his practice crash, the second NIO car of Ma did not take part in the session. 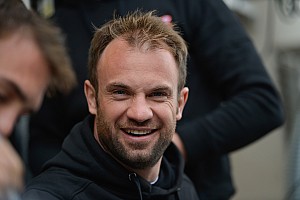 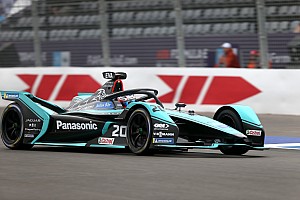 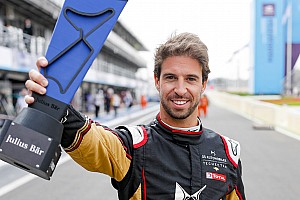 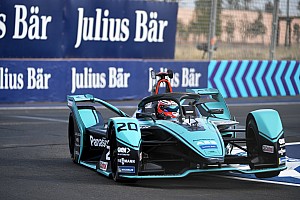