Vandoorne's HWA machine shut down twice on the opening lap, forcing him to do a full reset, and he ended up a lap down before the red flag on lap three.

But following the red flag, Vandoorne used his Fanboost before the 22nd minute rule defined in the regulations, and used an extra 50kW than is allowed.

"Quite a frustrating race – a lot of things happened," Vandoorne told Motorsport.com. "One, [on] the first lap, the car shut down twice – I still don’t really know what the problem was, but we actually had to stop on track and reboot the car completely.

"So already [with] that we were kind of out of the race, there was no one to be seen around.

"[With] the Fanboost, I don’t know exactly how it is within the regulations but we used it too early first of all. Then I think we had a power overcut as well. A few things that aren’t really in my control.

"Obviously we had a drive-through because of that and then the race was over again."

More from the Mexico City E-Prix:

HWA had its first double finish in its FE debut season at Mexico, with both Vandoorne and teammate Gary Paffett making it to the flag.

But Vandoorne's HWA team was compromised from the off in Mexico after developing a software glitch that proved troublesome over long runs and Vandoorne admitted Motorsport.com that his team went into the race "blind".

"The positive today is that we made it to the end and if you look at the pace it was back up there," the Belgian added.

"I think we had the second quickest laptime so it proves there is pace in the car when everything runs smooth.

"But weekends like this, when you start on the back foot in practice one, it’s almost impossible to recover. It’s a steep learning curve we’re going through." 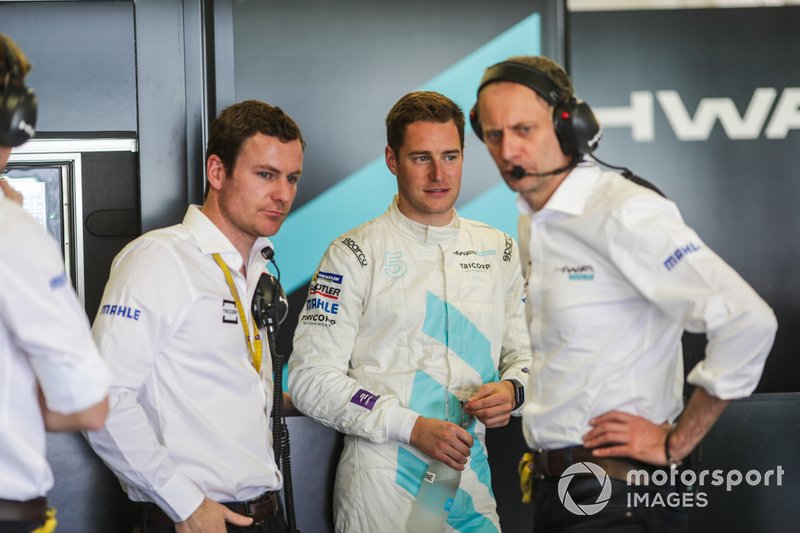 Stoffel Vandoorne, HWA Racelab, VFE-05, I teh garage with his team