Vandoorne also ended up taking third in the second Diriyah E-Prix after on-the-road runner-up Maximilian Gunther was penalised for overtaking behind the safety car.

Wolff, who has attended several FE races since it was announced that Mercedes would leave the DTM to concentrate on its F1 effort and establishing a team in the electric championship back in July 2017, said the results had “overachieved” Mercedes’ “realistic target”.

“I really enjoyed the experience, I must say,” Wolff said in the team principals' press conference for this weekend’s Abu Dhabi Grand Prix.

“I’ve never been to Saudi Arabia before and launching our Mercedes Formula E journey was very special.

“The crowds were phenomenal, seeing how this country is opening up – something I didn’t expect in that way.

“And the racing is very different to Formula 1, clearly you can say that. For me it’s Super Mario Kart with real drivers, but it’s absolutely valid to give that a chance.

“And Nyck has already contributed a great deal to the team’s performance.He’s very mature and the way he’s – as a personality and as a racing driver – been able to slot into the team with Stoffel is really nice to see.

“We have set our ambitions or our expectations on a realistic target, which we have overachieved and both of the drivers contributed to this happening.”

Mercedes FE team principal Ian James said his squad “didn't expect it at all” to score a debut podium.

“We didn't really know what to expect if I'm completely honest,” he continued to Motorsport.com

“The last couple of days [before the season started] were pretty grim for all of us because just not knowing is probably the worst thing.

“But now we do know that we've got at least a strong, competitive package.”

Vandoorne was beaten to second place in the first Diriyah race by Andre Lotterer, which meant Porsche also recorded a debut FE podium.

Lotterer indicated that the result had also be somewhat unanticipated at his squad.

“P2 for the first race is great,” he told Motorsport.com. “I don't know if anyone expected that but obviously I wanted to be on the podium.

“We come, we race to win. But relatively [we] would have been [expecting] a top 10, maybe.

“But the podium was nice. You can always do better. It's never ending it in any team. So, this is our base and we will try to improve from there.” 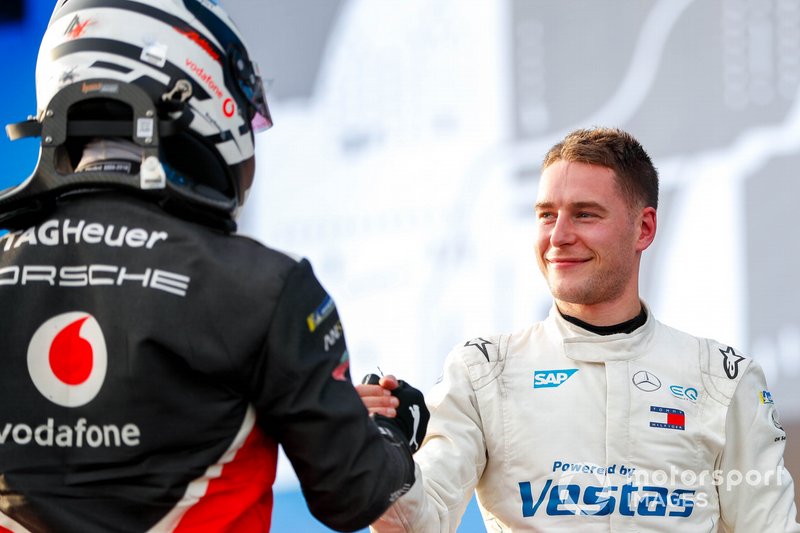 The unluckiest driver in a race of chaos