The crew of Action Express Racing's #5 Cadillac were left to rue their "unbelievable" bad luck after losing a near-certain Petit Le Mans victory in what appears likely to have been the car's final IMSA WeatherTech SportsCar Championship start.

Filipe Albuquerque, Joao Barbosa and Mike Conway were in command of the 10-hour Road Altanta race heading into the closing hour, and Albuquerque continued to lead the field after a late yellow was called with 25 minutes remaining.

But moments later the Portuguese driver had to pull into the pits when the Mustang Sampling-sponsored #5 Cadillac DPi-V.R suffered a brake rotor failure.

Up to that point, the trio had led 150 laps, second only to the number led by the race-winning sister #31 AXR Cadillac of Felipe Nasr, Pipo Derani and Eric Curran (165).

“It’s unbelievable really,” Toyota LMP1 driver Conway, making his second IMSA appearance of the season, said. “We drove a good race and everyone was doing a mega job.

"I could see smoke coming off the car in some of the braking zones, but couldn’t tell what it was. It must have been the brakes wearing away and then it just blew up.

"It’s a bummer given there was just 20 minutes left, but happy to have left the race with our sister car in the lead.” 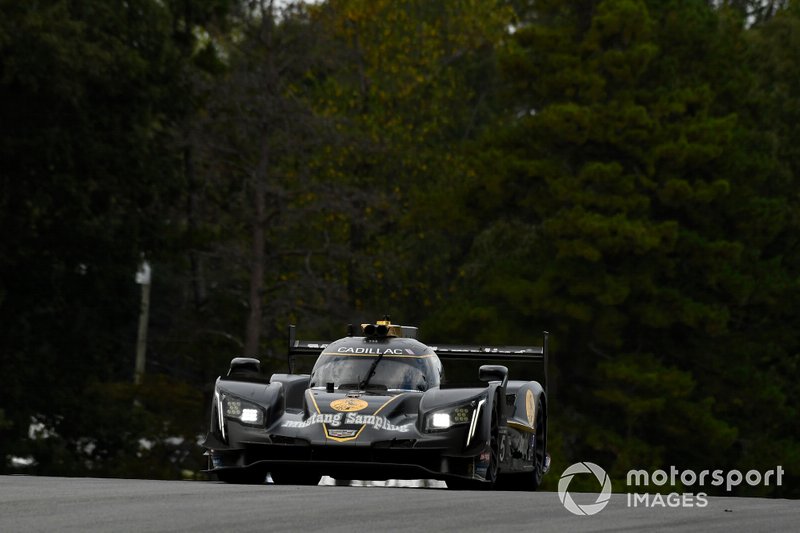 In the run-up to the Petit Le Mans weekend, AXR announced that it is likely to slim down to a one-car effort fo the 2020 season, with Albuquerque moving over to join Nasr and Derani as the 'third man' for next year's long-distance enduros.

Albuquerque took to social media to express his frustration, noting how AXR had also lost the previous two editions of Petit Le Mans due to late drama.

The chief beneficiaries of the #5 crew's drama was the sister #31 car, although Nasr and Derani missed out on the IMSA title by five points despite their victory.

However, the win did ensure honours for the Brazilian pair and Curran in the Michelin Endurance Cup, which awards points in the Rolex 24 at Daytona, the Sebring 12 Hours - which they won - the Six Hours of Watkins Glen and Petit Le Mans.

Derani suffered a late scare when he made contact with Earl Bamber's Porsche 911 RSR on the final lap, but brought home the Whelen Engineering-liveried car to win by less than a second ahead of Jordan Taylor in the Wayne Taylor Racing Cadillac.

"When it happened, I thought, 'not again'," said Derani of his skirmish with Bamber. "But I flashed him [with the headlights] quite a few times. I was kind of side-by-side with him.

"I had the impression that he saw me because you know when you don’t know if he’s actually going to turn on you or not. To be honest, I feel really sorry for them.

"I was under a lot of pressure, car #10 [Taylor] was closing by and it was drizzling at the end. You may not have felt it from here but I could see it on the windshield.

"Unfortunately that happened, but fortunately this time by, this track, this place, luck was on my side this time. Just I think, it’s one of those racing incidents.

"I had a monkey on my back at this place. So it’s finally good to take that off and move on and get a win to add to Daytona and Sebring."

Ex-Formula 1 driver Nasr added: "I would say, when I switched to prototype racing last year we clinched the titles last year so it was pretty exciting to do it the first time.

"I didn’t know any of the American circuits at all apart from Daytona. I have to say when I came here I thought this is probably the wildest place to drive. It’s a hard place to win. To make sure you get the car up to the final stages running well.

"It’s so tricky. There’s not much margin for errors or mistakes so I’m pretty pleased with this victory that I can add to the list.” 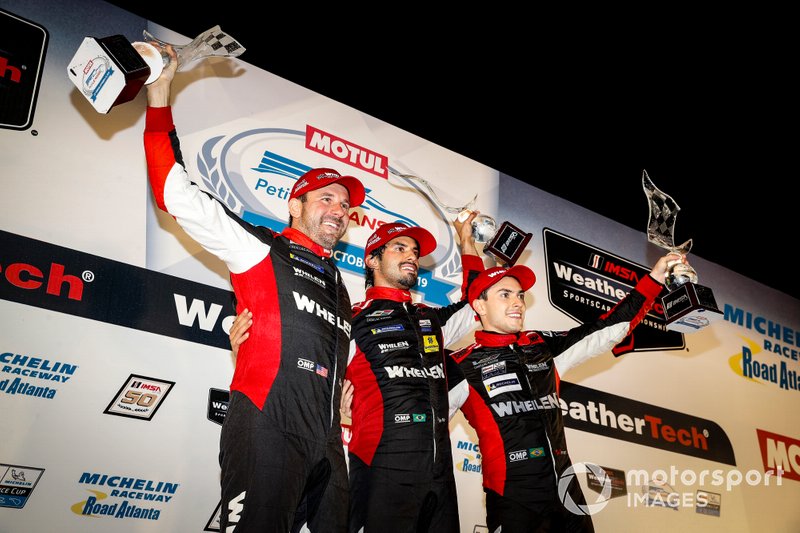