Ahead of the first Indianapolis 500 held without spectators present due to the effects of the COVID-19 pandemic, the figure on top of the iconic Borg-Warner Trophy has acquired a face mask.

The 5ft 4.75in 110-pound Borg-Warner Trophy has been part of "The Greatest Spectacle in Racing" since it was unveiled at Indianapolis Motor Speedway in 1936 and showcases, in sterling silver, the faces of every Indy 500 winner dating back to the inaugural race in 1911.

The Trophy has therefore evolved on an annual basis as each winner’s likeness has been added, but one aspect that hasn’t changed – until now – is the appearance of “the little man on top of the trophy.” (Apparently he doesn’t have a name). 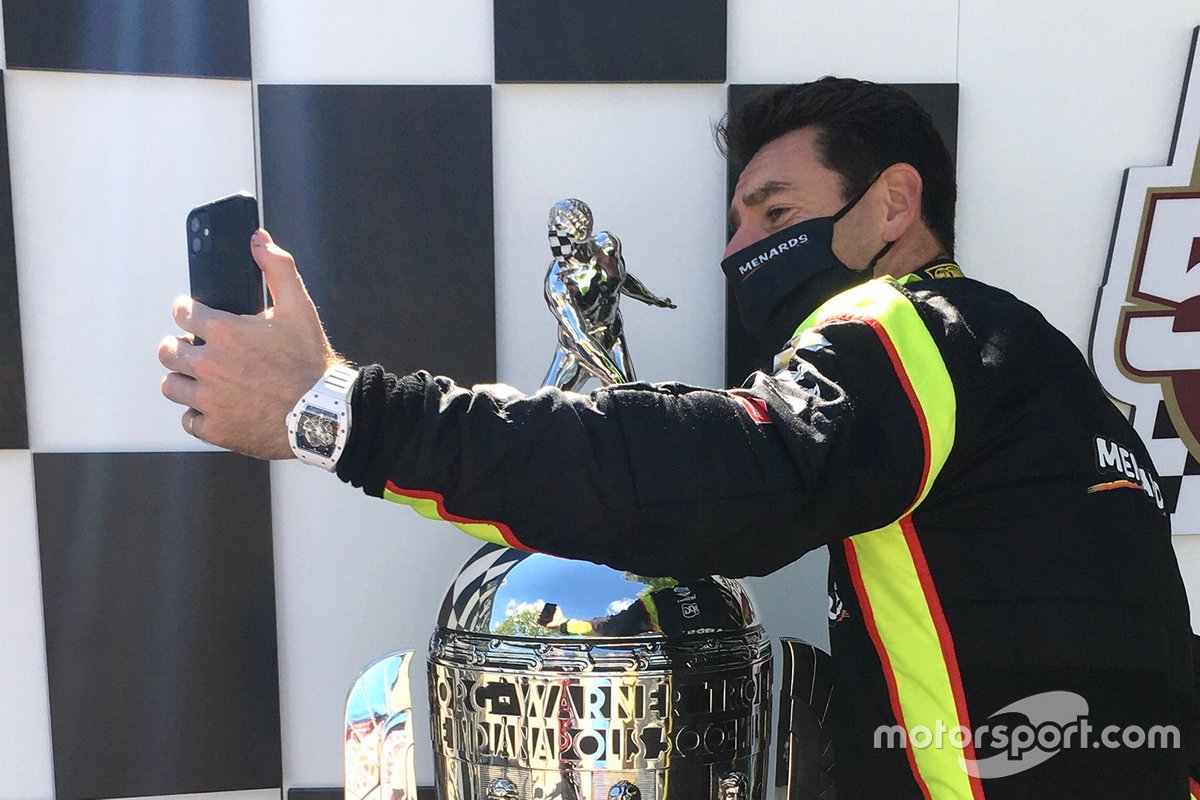 However, BorgWarner PR guru Steve Shunck, having spent the week at IMS interacting with drivers, track and IndyCar Series personnel and team members all wearing masks, had a flash of inspiration last Sunday night. He called up his boss, Michelle Collins, the director of marketing and PR at BorgWarner Inc., and within 15mins she’d given her seal of approval to adding a facemask to the little silver guy with the checkered flag.

"We are thrilled the Indianapolis 500 is finally here and so happy to be part of a number of great traditions surrounding the race,” said Collins. "To reflect the current worldwide situation and create positive awareness, we thought it was only right the winner of the Indy 500 be greeted by a slightly different-looking trophy this year. Mask up!"

Shunck turned to famed Indianapolis-based Hinchman Racing Uniforms for this late addition to the world’s most iconic sports trophy and fortunately the company came through. Nancy Chumbley, owner of Hinchman, said: "We've helped protect drivers at Indianapolis since 1925 with our race uniforms. When we heard the folks at BorgWarner needed help in creating a memorable mask for the trophy we wanted to help with this fun project."

“So the ‘little man on the top of the trophy’ is now proudly geared up to safely meet the winner of the 104th Running of the Indianapolis 500 this Sunday!” chuckled Shunck. “Hinchman created a mini mask that will be part of the Borg-Warner Trophy when it is seen worldwide by motorsports fans in Victory Circle.

William Behrends the sculptor who has created every likeness on the Borg-Warner Trophy since 1990, said he’d be willing to show the winner wearing a mask if the driver so wishes… but he doubts that will be the case.

“I am betting the 2020 winner will be all smiles,” said Behrends, “and he’ll want his entire face proudly displayed like all the other images on the trophy. I am not positive but that's what I think. He's joining a very elite group of winners and iconic images.

“Really the only difference right now between all the images is that some are wearing open face helmets from the early years and the recent drivers since 1971 are not wearing them."

That said, there is an interesting anomaly on the Borg-Warner Trophy. In 1970, Al Unser was the first driver to win the Indy 500 in a full face helmet, yet he is depicted on the Trophy in an open faced helmet. Starting in 1971, Al's second of four wins, every image on the trophy is without a helmet. 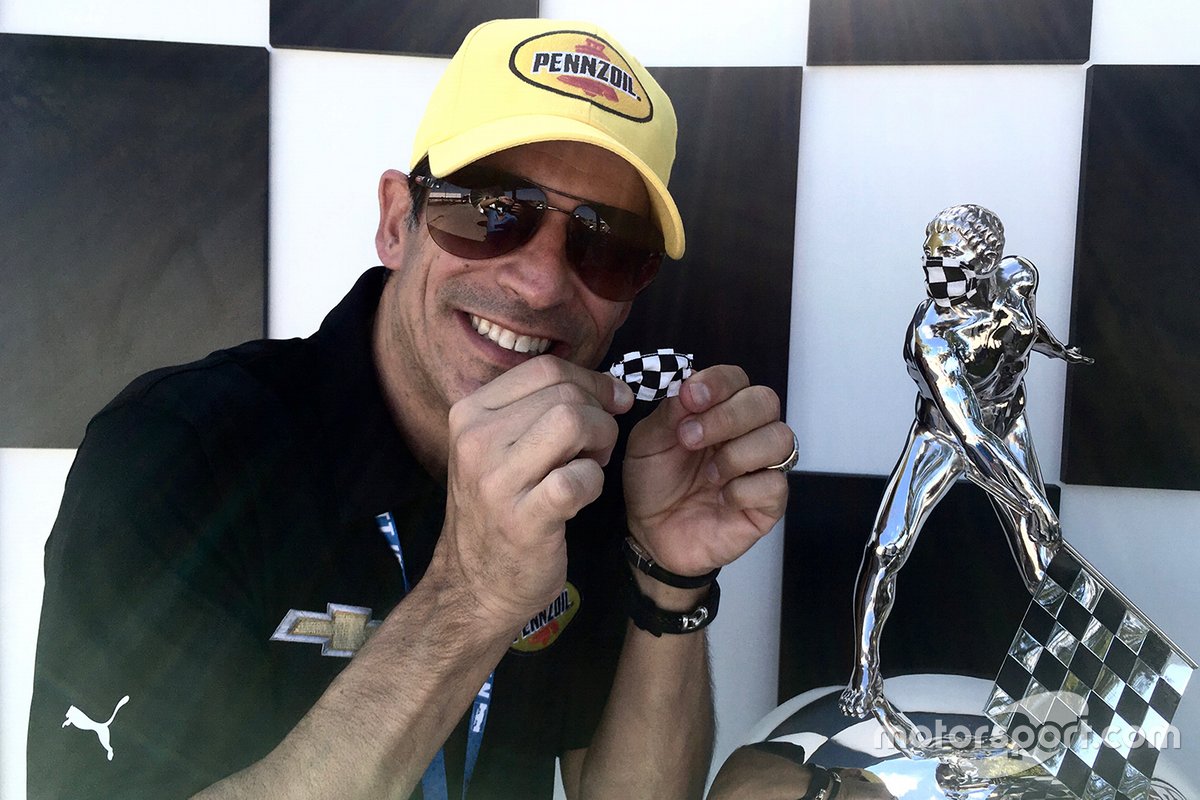 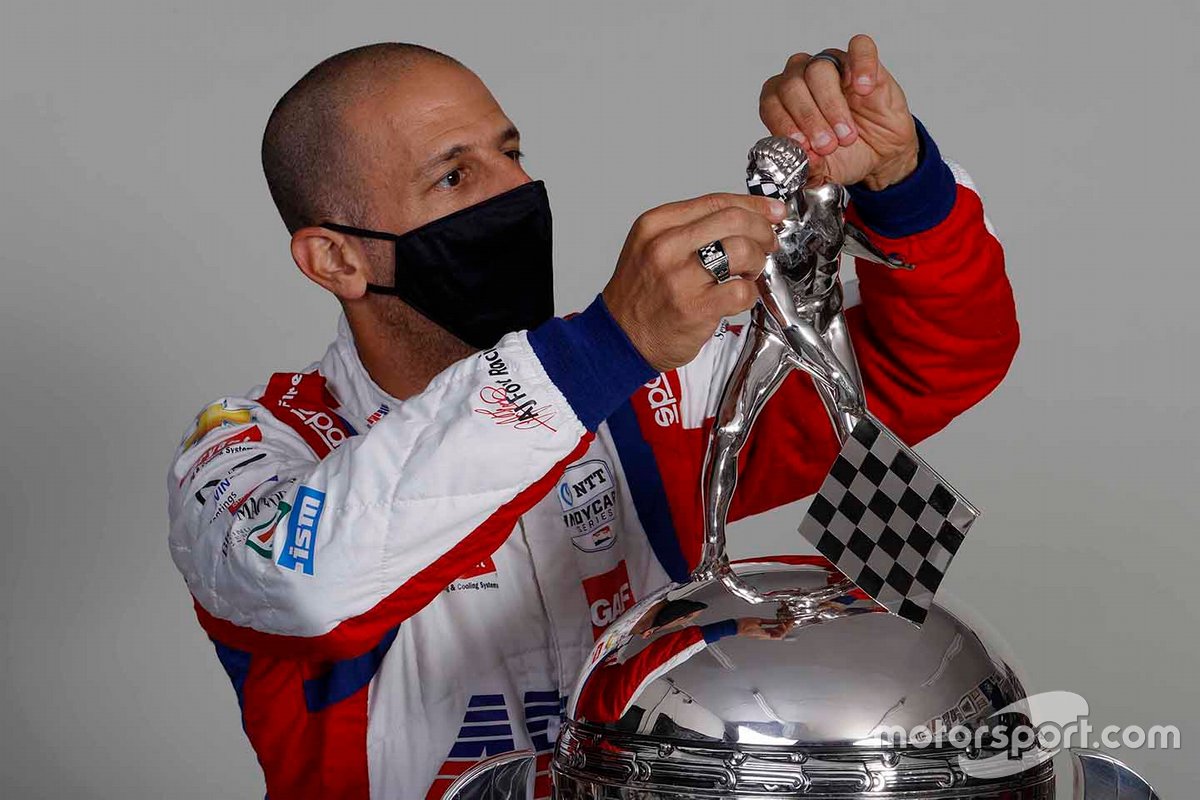 Alonso positive he can hit the front at Indy again

When F1 conquered the Indy 500