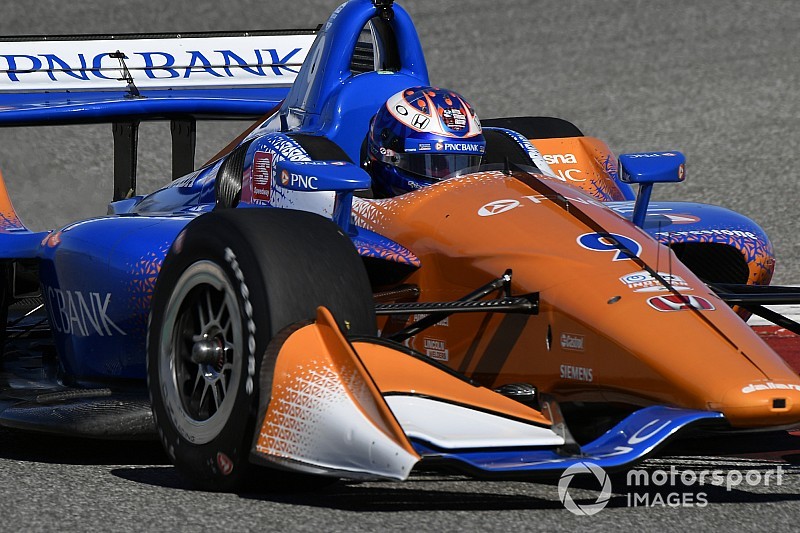 Andretti Autosport’s Hunter-Reay was fastest on the primary tires in the opening 20mins, although Team Penske-Chevrolet’s championship leader Josef Newgarden was the first driver to lay down a fast lap on alternate tires and eclipsed him.

Hunter-Reay then responded but was beaten by Dixon in the dying seconds of the session, the New Zealand legend clocking 67.7940sec, an average speed of 104.505mph around the 1.968-mile course.

Hunter-Reay clung on to second, but was only 0.0433sec ahead of rookie Felix Rosenqvist in the second of the Ganassi cars.

Newgarden was top Chevrolet runner in fourth ahead of Carlin Racing’s Patricio O’Ward, who was within a quarter-second of Dixon’s pacesetting lap.

Tony Kanaan was an encouraging 12th, but his AJ Foyt Racing teammate Matheus Leist stopped on track at Turn 9, bringing out a red flag and receiving a five-minute penalty.

Will Power was only 15th fastest in the third Penske, while neither Dale Coyne Racing nor Ed Carpenter Racing excelled, all four of the teams' cars finishing between 18th and 23rd.