Red Bull’s new recruit Patricio O’Ward says his only aim from his maiden Super Formula race at Fuji was to finish as the poor weather made it “very difficult to see anything".

The 20-year-old, who had been drafted in as a replacement for the ousted Dan Ticktum at the Mugen squad, gained six places from his starting position to finish 14th, a lap down on race winner Alex Palou.

O’Ward says his lack of experience of driving the SF19, combined with the weather conditions, meant that he wasn’t chasing outright results on his debut.

“Very difficult conditions, it was very difficult to see anything at the start of the race,” O’Ward told Motorsport.com. “So my goal was to keep it on track to finish.

“We were the second-biggest mover of the race [after Kamui Kobayashi] so we passed six-seven cars and then we got passed [by Ryo Hirakawa] towards the end.

“Too bad it wasn’t in the dry, because we started to gain a lot of pace in the last dry practice we had, we were the quickest Honda [and eighth overall].

“So I’m ready for [the next race at] Motegi, I just have to work a bit harder in finding how this tyre lets to get driven in the rain.”

O’Ward’s chances of finishing in the top 10 were wrecked in a wet qualifying session, when he clipped a kerb on his outlap and stalled his Mugen car.

That left him 20th and last on the grid, with virtually zero experience of driving on Yokohama’s wet compound tyre.

Speaking about the incident, O’Ward told the Red Bull Junior website: "In the wet it was different, in qualifying, the tyres, the turbo lag caught me out and it just spun me around.

“I kept it running initially but then a combination of the dash lagging and the clutch I stalled it and that was the end of qualifying.” 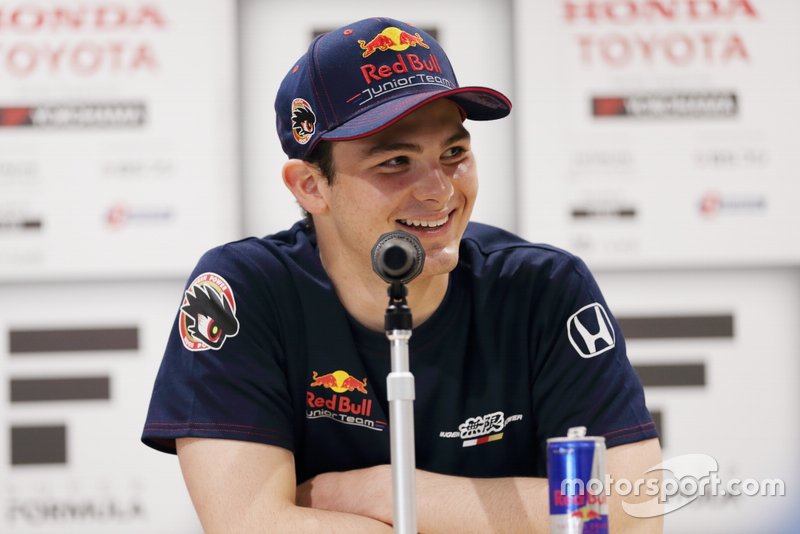 Lausitzring May testing
Video Inside
DTM