Aston Martin has announced it will not participate in the first season of the FIA World Endurance Championship's hypercar era in 2020/21 with its Valkyrie-based challenger.

The British marque confirmed on Wednesday morning that it is putting its return to the top flight of sportscar racing on hold while it assesses its options in the wake of the news that IMSA's next-generation LMDh cars will be eligible to race in the WEC in 2021/22.

A statement said: "Aston Martin will now pause as it considers whether to continue in any future prototype class. Aston Martin remains open to working with both organisations to find a suitable pathway for any future participation."

It leaves Toyota as the only major manufacturer preparing to be on the grid for the start of the 2020/21 campaign in September, joined by smaller outfits Glickenhaus and ByKolles.

Peugeot meanwhile is set to return to the WEC in time for the 2022/23 season, although it's unclear if it will build a car to the hypercar rules or opt instead to switch to LMDh instead.

"Aston Martin’s ambition to compete for the overall victory in the 24 Hours of Le Mans remains undiminished, but it is only right that we reassess our position in light of a significant change in the landscape that was not anticipated when we committed last year," said Aston Martin CEO Andy Palmer.

"We entered Aston Martin Valkyrie in WEC and at Le Mans with the understanding that we would be competing with similar machinery and like-minded manufacturers. The situation has changed and it makes sense for us to pause and reconsider our options."

Aston's announcement follows months of official silence on the state of its hypercar project, with the marque having not provided any substantive updates on the programme since last September's Silverstone WEC season-opener.

The news also comes not long after the confirmation that the Racing Point Formula 1 team will be rebranded as Aston Martin in 2021 following a major investment into the company by Canadian entrepreneur Lawrence Stroll.

Aston's statement said its focus would be "defined by its activities at the highest level of both single-seater competition and endurance GT racing".

It also made it clear that Aston's commitment to the WEC's GTE Pro class and GT3 racing with the Vantage is unaffected by its decision to put its hypercar plans on hold.

Aston Martin Racing President David King said: "Competing against our closest rivals on the road in GT racing makes perfect sense. [The] Vantage is winning in some of the most fiercely contested sportscar classes in global motorsport, and long may this continue.” 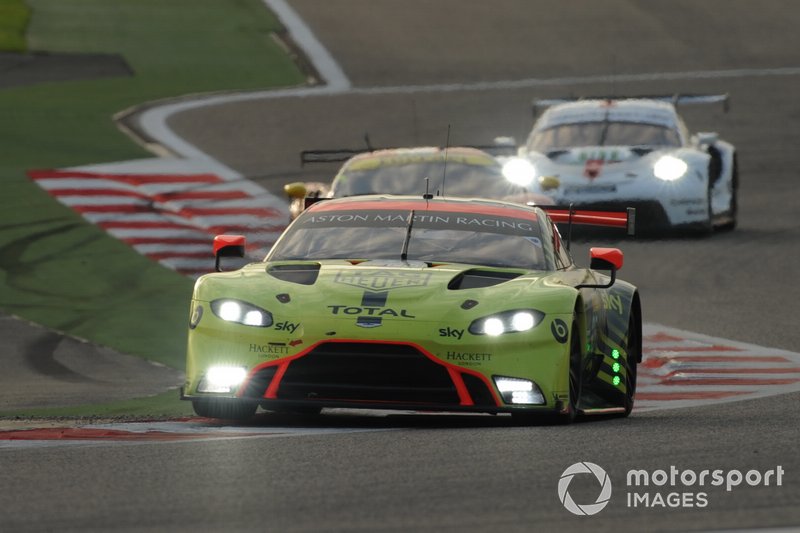